Buying a property in another country?

Britain seems to be getting less and less popular with the British every day. National treasure Emma Thompson, Academy Award-winning writer and actress, recently shared her thoughts:

Harsh words, but let’s face it: Britain isn’t perfect. Its quality of life, versus that of other European countries, is often criticised. A Quality of Life Index in 2011 revealed that Britain had the worst in Europe. 12% of those surveyed wished to leave Britain. They cited the rising cost of living, stagnating wages, unpredictable weather and costly fuel. While this survey took place five years ago, none of these issues have gone away. What’s more is that the price of travel and property have been skyrocketing.

Have you ever considered moving to another country? As long as Britain remains in the European Union, this can be a very realistic option. With Britain as a member of the European Union, its citizens have the right to move freely around and settle in other member states. You should make sure you’re up to date with your freedom to move and live within the EU. It may help you make a decision.

Maybe leaving the country for good seems a little extreme for you. Maybe you just want to purchase a holiday home. Or you want to find somewhere for your retirement. Whatever the case, buying a property in another country is an option that you need to research thoroughly.

Every country has its own way of dealing with its newcomers. It would be too much to go into all of that in one article. Here, we’re going to be looking at France. In the Quality of Life survey I previously mentioned, France was one of the top two places in Europe. It’s an incredibly popular location for expatriates, and somewhere my family moved to several years ago.

By looking at France as an example, this piece should give you a good idea of what to expect and consider when looking at property abroad. 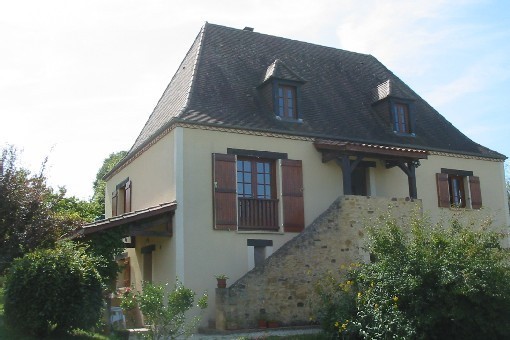 Doing it for the right reasons

The first step is to put aside your emotions. You have to approach this in a realistic, business-like, even cold way. This is true for whichever option you are considering. Are you looking to buy a retirement home for use in a few years time? There’s definitely peace of mind knowing you’ve got somewhere waiting for you. Somewhere comfortable, somewhere different. Say you’ve spent years, maybe even decades, in the same job. Maybe even the same house. Retirement shouldn’t just be leaving one and spending more time at the other. It’s your chance to break away from what some would call a monotonous reality. Going to another country is the ultimate way to do just that!

Are you buying a holiday home for use in the sunny seasons? When the British weather turns against us, most of us dream of a quick getaway to sunnier lands. Having your own property in just the right place makes any kind of holiday much easier.

Both of these mean keeping the property you live in now. That means juggling more than one property. Maybe this is something you have experience in, but juggling properties across oceans is slightly more complicated. Overseas property needs to be constantly managed, in some form or another. The process can get expensive. 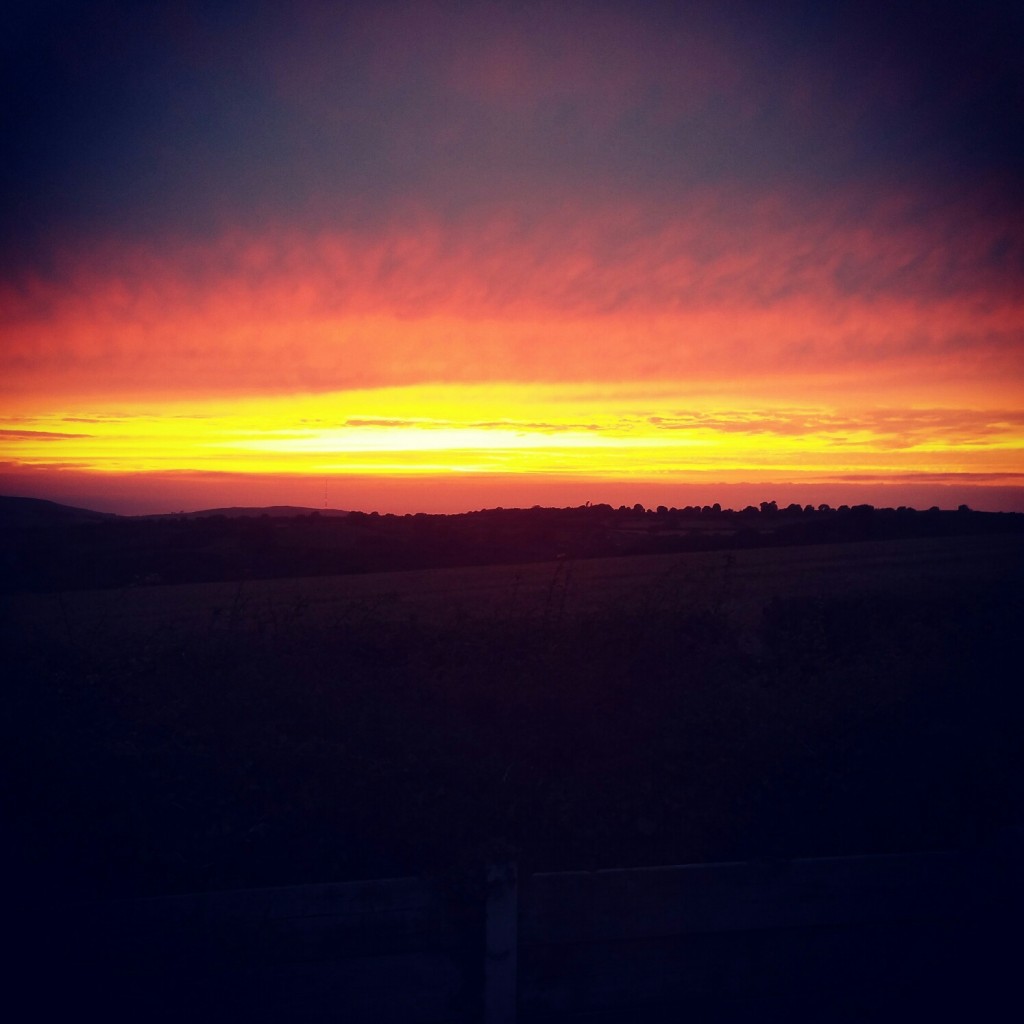 You could look into renting your property out to other holiday-goers when you’re not using it. You need to be sure of the legalities here, though. It might be easier and more profitable to rent it out to long-term tenants. If it’s a property you only plan to use at retirement, this could be the best option. If it’s your holiday home, you will, of course, have to make sure the tenants have somewhere to go when you want to use it. As long as they’re aware of its holiday usage before renting this shouldn’t be too much of a problem.

Are you considering moving altogether? In some ways, that’s simpler. It leaves you with only one thing to do with your current property, which is sell it, but is emigrating the right answer for you? Things may not be as bad in Britain as you think. More recent Quality of Life surveys (based on slightly different criteria) rate Britain rather highly. It really depends on what area of life you’re most concerned about. You must make sure you’re fully clued in about all possible areas. The British government’s guide to living in France will advise you on several of them. This includes healthcare, elections, employment and more. You also need to make sure you know what would happen to you and your property in the unfortunate event that Britain ever leaves the European Union.

Have you considered alternatives to moving abroad? If you want to get away from urban British life, maybe you should think about moving to the countryside.

Let’s keep looking at France as an example. Why would one choose to live in France over Britain? And why France over other European countries?

Writing down a list of pros and cons is old advice, but it always ends up being very useful. The list of pros Southern France is known to be one of the finest places in the world for retirement. The health care system of France is often named the best in the world. Another thing to consider, in relation to other countries, is that France and Britain are very close.

Presumably, you’ll have chosen a country you’ve visited before and enjoyed, right? It’s important to have spent some time there. You need to get a good feel of the place, to get to grips with its streets. You need to master the public transport system. Get accustomed to the traffic. Get your head around the foreign currency. When you’re comfortable with these, you can make a clear-headed judgement on how much you’d enjoy day-to-day life there.

Your number one priority is securing property. It seems obvious, but we really cannot stress this enough. You need to be absolutely, 100% sure the property you’ve purchased is rock-solid. We’re talking about both physical foundations and legality. You should have a backup plan whilse in the country – somewhere else to stay if things go awry, but if you do this step right, that shouldn’t be an outcome.

What property will be best suited for you? Do you want a small apartment? Maybe you’ve got the cash and want a luxurious property, somewhere a bit farther out. Maybe even an entire vineyard? Such a diverse range of properties comes with a huge variety considerations you need to make. There’s simply too much to list here, so we’ll refer to the Home Hunts guide to buying property in France for now. Read it carefully!

Let’s say you’re not retiring. You plan on going to France and working. In that case, it may be worth getting more experience in doing just that. A short-term job in another country is a great way to do this, but it’s easier said than done. Getting temporary work that actually pays will be tricky. Have you considered volunteering abroad?

What you can take with you. You can take pets with you from Britain to France. You can also bring your car, though you’ll have to modify it to conform to French road standards. (We’re assuming the same doesn’t go for your pet!) For example, your British headlights will not be correctly adjusted for France. We drive on the left side of the road, and our headlights are adjusted for this. If we started driving on the right side of the road, our lights would affect the vision of those driving in the other direction.

When you’re there for the long-term: quick, final tips

As you may have guessed, it’s no longer a case of buying books of useful phrases. You need something that gets deeper into the culture. People often exaggerate how easily people in other countries get offended by the tiniest British faux pas. Do you get wildly offended when you see a foreign person do something you consider slightly out of the ordinary? Probably not! You know that that person comes from a different culture, and leave it at that. 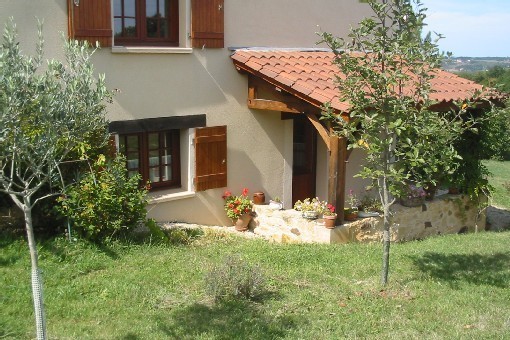 The same goes in other countries. People are a lot more forgiving and understanding that you think! This being said, you should make sure you understand the intricacies of French communication and manners. This can be aided not only by non-fiction books but also by taking in their art. French movies and novels are great ways to research these things.

Maintain the relationships you have back home. Some people think you can fight homesickness and culture shock by keeping your distance from things that remind you of home, but keeping out of touch with your old friends will only make that worse. Keep up to date with what’s going on in there lives.

Remember, there are groups and online message boards for expatriates. Somewhere like France is filled with British people, staying short-term and long-term. Don’t be afraid to reach out to them if you need some advice, or just a more familiar social experience!