You may have seen our article recently about ‘Family-friendly Festivals‘, and in particular the Geronimo Festival. We have an exciting update to share with you today.

Geronimo, the largest children’s festival in the North West has announced its most exciting line-up to date, with headliner CBeebies Superstar Justin Fletcher!

Following a fantastic response to the inaugural festival in 2015, Geronimo is returning to Tatton Park from May 29th to 30th 2016, plus new venue, Harewood House, from May 1st to 2nd 2016.

The biggest star on British children’s TV will be performing for one day only at each festival on Sunday 29th May at Tatton Park and 1st May at Harewood House.

Known for his starring role in CBeebies shows Something Special, Justin’s House and Gigglebiz, Justin Fletcher will be performing his signature act on the festival’s main stage.

With more acts and activities still to be announced, Geronimo looks to be a fantastic day out for the whole family, promising an exciting programme of acts, amazing experiences and wonderful adventures. 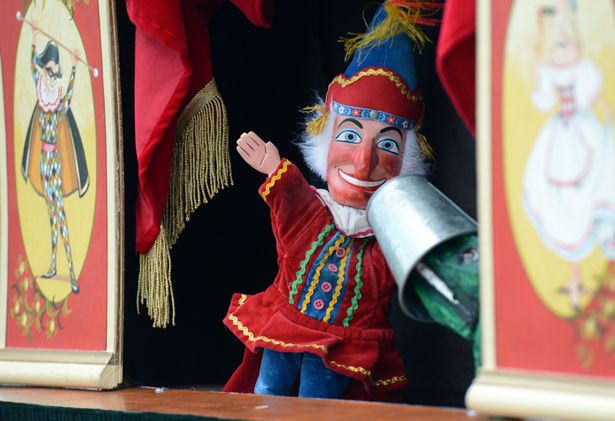 Festival owner, Simon Goldman, comments: “We’re delighted to announce Justin Fletcher at Geronimo, he is such a huge name in the world of children’s television and a fantastic addition to the Geronimo main stage.”

“The 2016 line up is already jam packed with big names, alongside stacks of new activities for children and parents, including a brand new theatre and literary zone, traditional county fair and live music to name a few. It really is a children’s festival like no other.”

VIP Puppets creates characters of epic proportions, teamed with moments of intimate audience interaction. These larger than life puppet walkabouts feature an adorable giraffe called Dolly and her baby Juno. Dolly is a life-sized gentle giant of a giraffe who gracefully wanders where she pleases. She towers above her audience, but is always happy to lower her head to meet her biggest (smallest) fans, for a pet, or to nibble on some leaves. Her team of attentive zookeepers is always on hand to train new recruits in feeding, and cleaning up her poo!

For all mini music lovers, Saul’s Junk orchestra’s amazing pop up musical installations will amaze and inspire. Find them in the woods and the main festival field, or join in one of their workshops.

Panning for gold has been around for hundreds of years, with millions of pounds spent on retrieving the gold and gems. But not anymore! The Highland Valley gold & gem panning activity brings the GOLD AND GEMS RUSH to Geronimo!

So what do you think? Do you fancy it?