Getting a pet for your child: The how NOT to guide

When the big kids were three and four we bought a goldfish as a little pet. He didn’t last long. He swam around a few thousand times and that was about all.

I had rabbits and hamsters mainly when I was little and I loved them. So after the fish was no more, I had this great idea that we should get a hamster.

The children didn’t need selling on the idea and were super excited.

On our arrival at the pet shop we studied the different options, the various breeds of hamster and the range of cages on offer. They found the hamsters they liked and they were on offer…buy one get one free…

So, this was good right? It meant no fighting as they could have one each! They liked that idea and it seemed like a good plan, as the member of staff we were dealing with said they lived happily in pairs. Result – everyone was happy.

We were excited and pleased with our new purchases and the hamsters were named ‘Austin’ and ‘Rosie’, despite the fact they were both female! We had to pretend Austin was a boy as there was a specific request from one little man that he didn’t want “a stinky girl hamster” .

The children were keen and attentive in the early weeks but then tragedy struck when we found Rosie stiff and upside down one morning. Oh dear. We then had to deal with the death and burial of Rosie and it was quite upsetting. Our big girl said initially that she didn’t want another hamster, but then changed her mind, so off we went back to the pet shop. 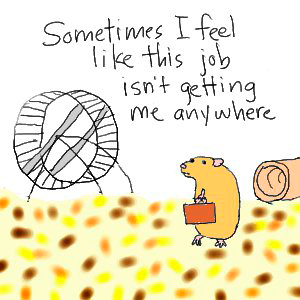 Now, call me naive, stupid even, but I thought we could just go in and get another female hamster to move in with Austin…apparently not! They can only live together if they are from the same litter we were told…ah…not quite so simple after all.

She found the hamster she wanted, a tiny little thing, clearly a different breed from Rosie and Austin. We asked if we could take one but we were told they could only live in pairs or small groups….small groups!!!! We had only gone in for one!

So, after thinking we were going in for a single hamster, we left the pet shop with:

As if this wasn’t enough, the grief of losing Rosie was too much for Austin to take and a week later we found him stiff and upside down too! I could have quite happily hit my head against the wall at that moment.

My suggestion that the big kids shared the two little female hamsters did not go down well. I had temporarily forgotten about the “stinky girl hamster”  business and these were named Mia and Amber. So, yes, you’ve guessed it…back we went to the pet shop.

I should have known what was coming next…we had TWO girl hamsters so now we needed TWO boy hamsters. At least we already had the cage this time.

After some careful selection we left with two males called Harry Potter and Ron Weasley.

All was going well and we were in hamster paradise for several months, until Ron Weasley began biting Harry Potter’s bottom. It was not the best situation,  and Harry Potter was becoming more bald by the day.

I Googled a bit to see what I could find “these hamsters fight until the death…separate them immediately” was what I read….arhhhhhh, back to the pet shop!

This time, I left with a new cage and we promptly re-housed Harry Potter, much to his relief. Poor Harry!

So, after setting out to get a little hamster and a cage…we then had four hamsters in three different cages, not quite what I had intended.

This happy little hamster arrangement continued for about 18 months and then they began dying off one after the other which was rather traumatic. Ron was the first to go, followed a few weeks later by Harry. Mia followed a few months later and then we were just left with Amber for a while, but sadly she died as well.

Getting a pet seemed like such a good idea at the time. There are some great benefits to having pets and the children do really love them but next time I will more carefully consider the fact that: they WILL die and we WILL have to start all over again!

Do your children have pets? What animals do you think make good pets for small children?