Introducing a new baby to the family

When I had my second baby this was something I was incredibly anxious about. I agonised over this for much of my second pregnancy and felt I needed to try and think about this from my daughters’ perspective.

Until that moment she had not had to share me, not had to compete for my attention. I was going to bring home a tiny person who needed all my attention, control of my boobs and who might cry a lot.

What was I about to do to my daughter I kept thinking? She wasn’t much more than a baby herself.

I bought books about ‘The new baby’ , ‘There’s a house inside my mummy’ and so on and we read them together. She listened to her baby brother on the doppler and she seemed to understand.

The baby gave her a bag of gifts when he was born to say thank you and congratulations she was now a big sister. She held him, she kissed him, she helped to change his nappies, bringing me wipes and clean clothes, and seven years later they are still the best of friends. 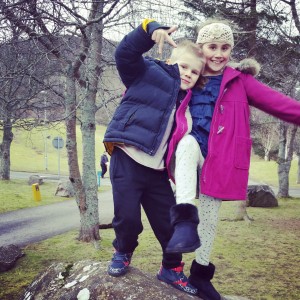 Fast forward five years and we introduced another baby brother. The big kids understood from early on what this meant and the excitement was such that they could not wait for the day. Mummy was considered pretty useless when he finally arrived 12 days late.

Should I go inside and make a fuss of them first? It was more like “out of the way Mummy where’s the baby?”. Again, he gave them a few gifts for being an awesome big brother and sister, including books called ‘I’m a big brother and I’m a big sister”, which they read to the new arrival as a promise they would always take care of him.

The love between the three of them was overwhelming to watch. No jealousy. Just love and lots of requests to hold him.

The introduction of another baby brother not much over a year later was something I was anxious about. Not with regards to the big kids, as I knew they had this big brother and sister business nailed, but more so for our toddler. I wasn’t sure how he would react. He was too young to understand there was even a baby in mummy’s tummy and too young to be interested in gifts or stories about siblings. He had never even spent a night without me before.

Enter Grandma, and after her two hour drive to us he was super excited and not bothered where Mummy was.

24 hours later all four children were cuddled together and they have been a team ever since. The all seeing all hearing big sister is team leader and acts as the protector of her three younger brothers. 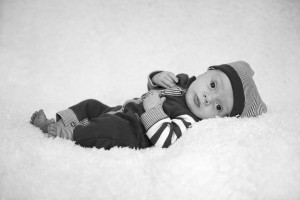 How did you introduce a new baby? Was this something you worried about?