As a mummy to one girl and three boys it can be hard for the girls to get a look in sometimes, so we have to stick together in our house.

I am very proud of all of my children, as any parent is, but today I have been reflecting on my daughter, now eight, going on eighteen.

The best way I can describe her is that she is like a spectacular combination of Lara Croft and Barbie and sometimes this means she is torn as to which ‘hat’ to wear.

Lara Croft  is presented as beautiful, intelligent, athletic and adventurous. She is not to be taken lightly and can tackle anything thrown in her path. She is normally dressed in combat gear and ready for action.Barbie on the other hand is normally dressed to kill with the hair, nails and handbag to match.

She was once considered to have more cleavage than brains and certainly as a child I recall my parents actively discouraging me from the brand. I never owned a Barbie doll. The brand has come under all sorts of criticism over the years and has since tried in some ways to re-think what Barbie stands for. Barbie still comes head to toe in pink, is still glam and still has rather a large chest but having paid close attention to the brand as my daughters’ love for Barbie and all things pink has grown, I have been quite nicely surprised. My daughter has a room full of Barbie-related ‘stuff’ and loves the brand, including all the new movies that have come out over the last few years.  Having watched these with her I can report that Barbie is far from the ‘blonde bimbo’ she was once considered. She is kind, caring, considerate, conscientious, hard working, thoughtful, out-going, reliable, responsible, creative, charismatic, determined, smart, funny, witty, a good friend and sister … and skilled in a range of different things. As much as I am concerned about portraying realistic body image to young girls I am also conscious that all of the characteristics I have mentioned above are good things we should want for our daughters and all things I recognise in my own beautiful eight-year old, as do others.

Whilst my Barbie girl loves hair, nails, hand bags and high heels she also loves getting on her trainers, riding boots, skates, wellies etc and getting messy. She loves nail varnish as much as monkey bars; heels as much as cross country running; and her guitar as much as her scooter.

I love the fact that she is brave enough to be herself and just have a go at everything. She has confidence without arrogance and just loves to give anything a go.

Last summer this blend of Lara and Barbie meant that she ended up wearing heels to something where there was a climbing wall… epic fail… so we now pack a pair of ‘sensible shoes’ wherever we go so she is free to release her inner Lara anytime she wishes. Love you M x 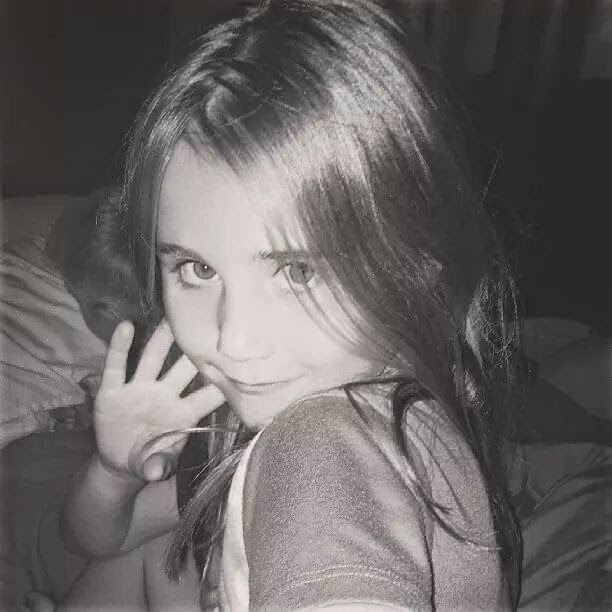