I’ve written a few times about how interested the children, and especially the boys are in dinosaurs.

They are loving Andy’s Dinosaur Adventures at the moment they on CBeebies. If your little ones haven’t seen it, check it out as it’s really informative and a lovely show too. I’m really keen to take the children to the Natural History Museum as I think they will be fascinated, especially by the roaring T-Rex! Have you been to see it? What did you think? 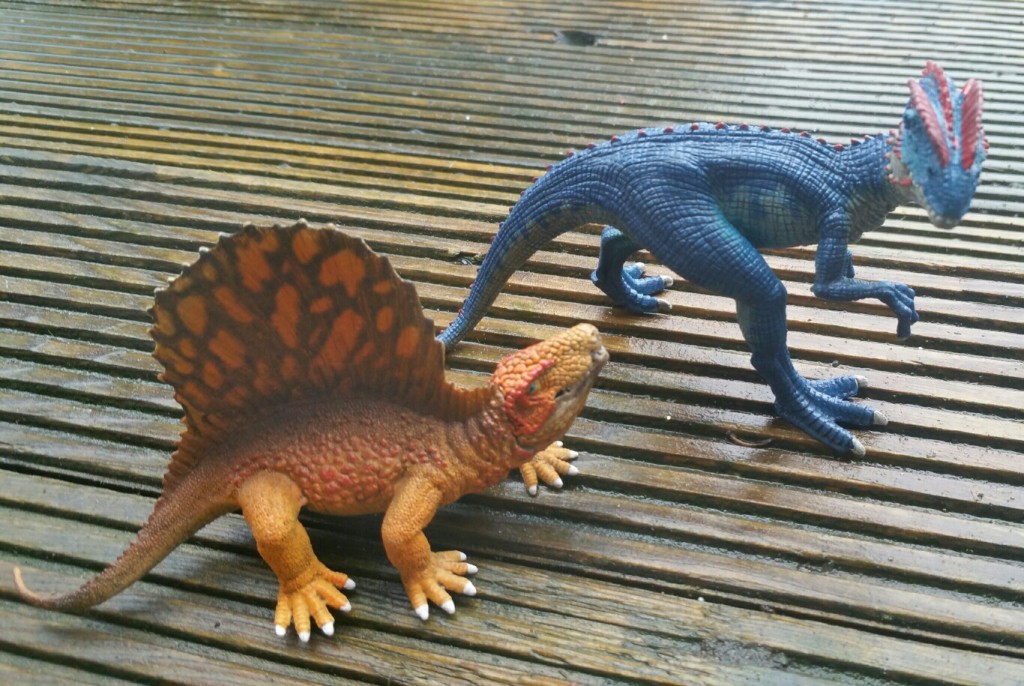 Some of the most life-like toy dinosaurs are from Schleich’s The First Dinosaurs range, like these two little guys we found roaming around outside.

For 2016, Schleich has gone back to the era when prehistoric creatures first walked our planet with the introduction of ‘The First Dinosaurs’.  The collection includes five of the first well known dinosaurs, each of which come complete with moving jaw and educational booklet which contains facts about each dinosaur.  The species includes the Dilophosaurus, Dimetrodon, Barapasaurus, Herrerasaurus and Dunkleosteus (can you say all of those?) and the RRPs range from £7.99 to £14.99.

The two in the picture here are the Dilophosaurus (blue) and the Dimetrodon (orange). Dilophosaurus means double-crested lizard – Dilophosaurus was one of the largest carnivorous dinosaurs of the Early Jurassic Period. It may have used scent as an integral part of its hunting technique. It had long and slender, rear-curving teeth in long jaws and strong front arms which would have been effective in grabbing prey. It was fast – probably with a top speed of about 30-mph. 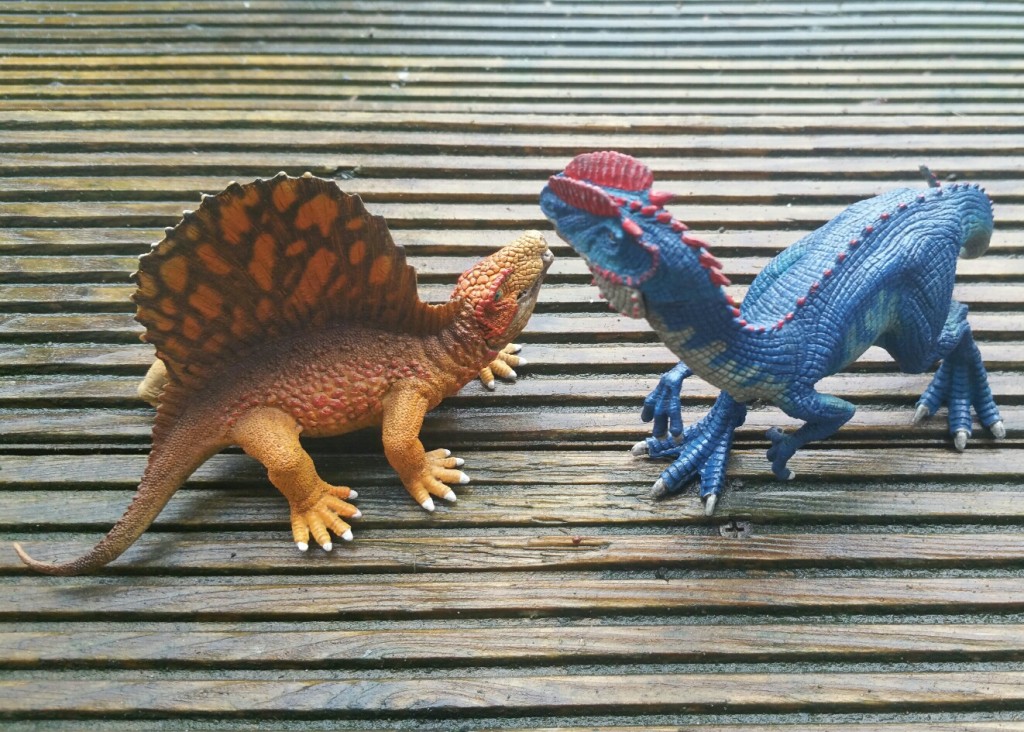 Dimetrodon had a large sail-like flap of skin along its back, dense with blood vessels. The sail was supported by long, bony spines, each of which grew out of a separate bone in the back. The sail may have been a thermoregulatory structure, used to absorb and release heat. The sail may have also been used for mating and dominance rituals, and/or for making it look much larger to predators. Dimetrodon had sharp teeth and clawed feet.

It is thought that Dimetrodon was not actually a dinosaur, but a pelycosaur, a so-called mammal-like reptile. The pelycosaurs led to the mammals; they are more closely related to us than to the dinosaurs.

These lovely life-like toys are aimed at children aged from 4 to 8 years old, but with supervision younger children can also enjoy them and learn a lot. These really are the best dinosaur toys around, so well constructed and great attention to detail.