Santa, The Tooth Fairy, The Easter Bunny and their friends

How do you keep the magic alive and ensure your children ‘believe’  for as long as possible?

I fear I have caused myself a whole world of stress. You see it was not enough for me to have to conceal the workings of Santa, the Easter Bunny and the Tooth Fairy from my children…oh no…I had to add to personal fairies into the mix!

Why do I do this to myself?

I think it is a combination of wanting to continue to create this magical world for the children and giving them a reason to behave well. 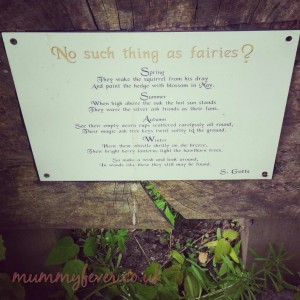 Each child has a fairy – The role of these fairies is to check on the children at night to see that they have gone to bed on time and are not engaging in any late-night sneaky bedroom activities such as reading under the covers, playing games or drawing. These fairies are especially awesome, as they travel wherever the children go, even checking on them when we are on holiday!

Normally the children accept without question the role of these fairies – however, one night I was quizzed about what they look like, how big they are and why they haven’t seen them in person. This questioning went on for a good 30 minutes and I nearly fell over my lies about these mystical guardians several times. This was stressful.

The only way I could get the children to eventually settle was to tell them I would stay up late and get a photo of the fairies for them to see in the morning.

That was good enough and the children quickly went to sleep.

However, that left me with a problem…how on earth was I going to sort this out?

So, when I should have been typing up a report for a client I found myself researching fairies on the internet. Insane! By midnight I had finally found three male fairies and one female fairy that loosely resembled the ridiculously detailed descriptions of the fairies I had expertly told the children about. I printed the pictures, wrote a note to each child from their fairy and sneaked it into their room.

What was I doing? Clearly I have decided that being a parent is not hard enough and I need to complicate things further.