Teaching toddlers to use scissors

Apparently children do not usually have the required motor skills to use scissors until around the age of six. However, when your children spend lots of time in the kitchen with you, or lots of time engaging in craft activities, six seems rather old to just be teaching them how to use scissors.

I use scissors in the kitchen all the time, sometimes in favour of a knife. I use scissors when wrapping gifts, when decorating, when making things with the children, and so on. The children witness these activities and of course want to have a go.

I do sometimes look at my children using scissors and feel the need to remind them to be careful. Sometimes I even wince a little as I think they look a bit awkward with them, but people still do that when they watch me using scissors, the main reason being that I am left-handed, which apparently makes me look unsafe with things like scissors.

As a left-handed parent with right-handed children, things like teaching them to use scissors are not entirely straightforward. I have to really think how they would hold the scissors in reverse which can be quite testing when you are used to doing something in a completely different way.

I think that whatever age you decide to teach your children to use scissors and begin to develop their cutting skills, there are a few things to make sure you stress. For example: 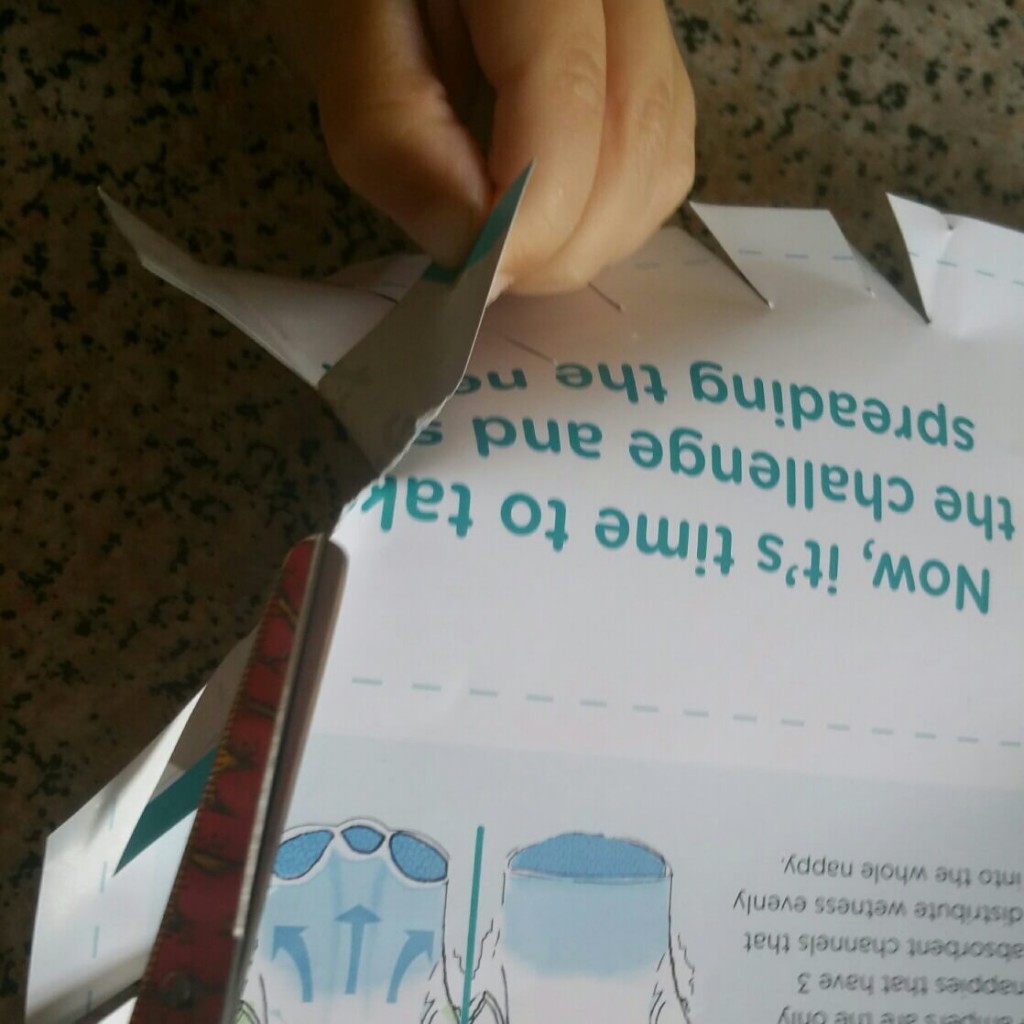 In order to get toddlers started using scissors I have found that setting them a few tasks initially is much better than just letting them do their own things. The activity that has worked the best so far is taking a scrap bit of paper or page from a magazine, the junk mail that comes through the door is perfect for this actually, and getting your toddler to cut small indents around the edge of the paper. This means that they are trying to replicate the same movement and action over and over again and helps them to build up good scissor control.

Encourage them to hold the scissors correctly but don’t force the issue. Things are bound to look a bit awkward to begin with – remember, apparently I STILL look awkward!

Once you feel they have reasonable control you can get them to try cutting different things. Perhaps leaves from the garden, foam, even playdoh? One of the hardest things for little ones to cut seems to be felt fabric that comes in lots of craft kits. It can be quite thick and somehow twists in the scissors, so perhaps leave that for a while.

Do you have any tips for teaching toddlers to use scissors?