Welcome to part eight in our series on Winter Family Fun. No winter is complete without a good panto is it? Watching a panto can be a lovely way to celebrate the festive season with family and friends and young, old or in-between it can be something that appeals to everyone.

I always think the best pantos are those with lost of good music, singing and dancing and of course those with some great audience participation. 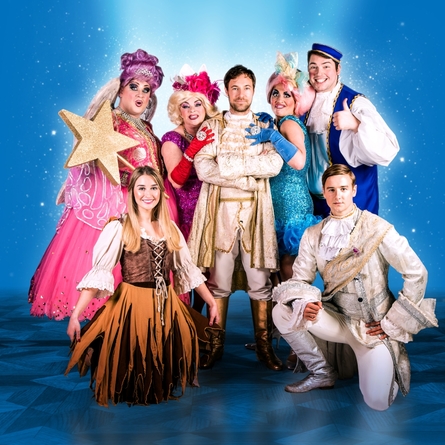 If you are in the North West this festive season, one of your panto options is Cinderella at St. Helens Theatre Royal. This is running until 10th January, so there is still plenty of time to get your tickets!

Every panto needs a villain and this years is a real Christmas cracker! Most recently seen as bad boy Rob Donovan in ITV1’s Coronation Street for which he was nominated as ‘Best Newcomer’ at both The National Television Awards and the Inside Soap Awards, Marc Baylis swaps the cobbles of Coronation Street for the centre stage at Theatre Royal. Marc starred in Bromley Churchill Theatre’s 2014 panto Sleeping Beauty as Prince Charming, but this will be his debut playing a panto villain, starring as the evil and dastardly Dandini – get ready to boo and hiss.

Theatre Royal favourite and star of ITV1’s Benidorm as acid tongued Janey York and I’m a Celebrity…Get Me Out Of Here; Crissy Rock is delighted to be back this Christmas as one of the Ugly Sisters. No stranger to playing the panto baddie, Crissy starred as the Wicked Queen at The Epstein Theatre in 2013.

Leaving audiences on the edge of their seat in fits of laughter earlier this year as the Mum in Rita, Sue and Bob Too! as well as other past Theatre Royal productions Escorts: The Musical and Dirty Dusting, Crissy is back to bring plenty of fun and laughter to the stage.

What makes this panto great?

Spread the word…this is one to watch!

You can book tickets here.