Welcome to part four in our series on ‘Winter Family Fun’. There is nothing quite like a Christmas theatre trip with the family. There are some great pantomimes around this year as always but what about something a bit more traditional?

The Snowman for many of us across the generations, is synonymous with Christmas. Created by The Birmingham Repertory Theatre 22 years ago (that makes me feel very old), The Snowman has been delighting young and old alike for 18 years at the Peacock Theatre with its wonderful mix of storytelling, spectacle and magic. 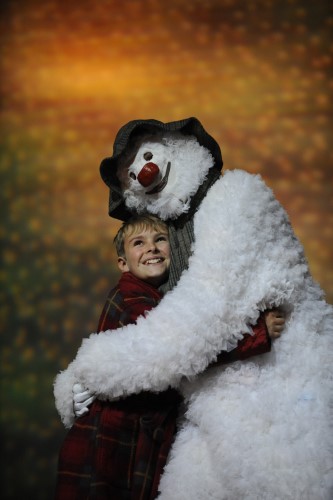 Based on Raymond Briggs’ book The Snowman and featuring Howard Blake’s much-loved score, Birmingham Repertory Theatre’s production has become “an essential part of London’s Christmas calendar” (Time Out), and has been seen by over half a million people since it first arrived at the Peacock Theatre in 1998.

The enchanting show tells the story of a young boy’s adventures when his snowman comes miraculously to life on Christmas Eve. Featuring a dazzling array of colourful characters including dancing penguins, magical reindeer, a beautiful snow princess, her wicked beau Jack Frost and of course, Father Christmas himself, The Snowman is a Christmas treat for all the family.

The Snowman first appeared as a beautifully illustrated picture book by Raymond Briggs in 1978. It has since inspired the classic Oscar Nominated, BAFTA Award winning animated film, directed by Diane Jackson and produced by John Coates, and was first transmitted by Channel 4 on Christmas Eve, 1982.

The magical stage production features Howard Blake’s timeless musical score played by a live orchestra, and includes the signature song ‘Walking in the Air’ which reached number 3 in the UK charts when sung by choirboy Aled Jones in 1985. 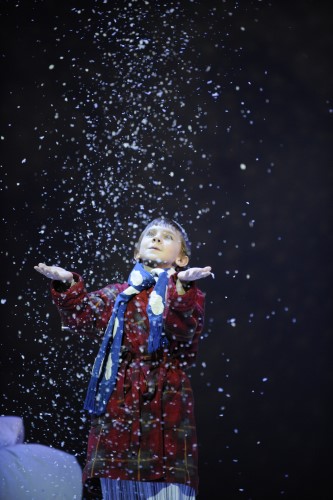 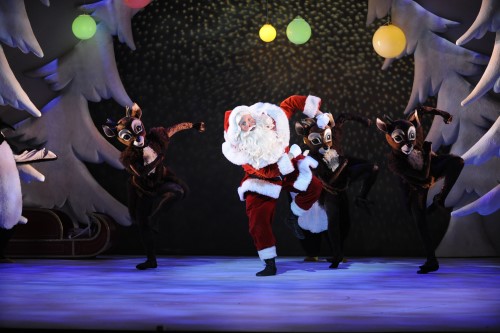 If you are looking for a festive show to watch with the family, The Snowman is showing at The Peacock Theatre until 3rd January!