For years we have enjoyed the Shrek movies as a family. Years ago, not long after Shrek the Musical opened in the West End, we went to see the show and were totally blown away. We still talk about it to this day and have continued to enjoy the movies as a family, whilst introducing the younger children to them.

Now the musical is on tour throughout the UK and Ireland, currently based at The Blackpool Opera House from 15th – 27th May 2018. Is the musical coming to a theatre near you? Why not check to find out. 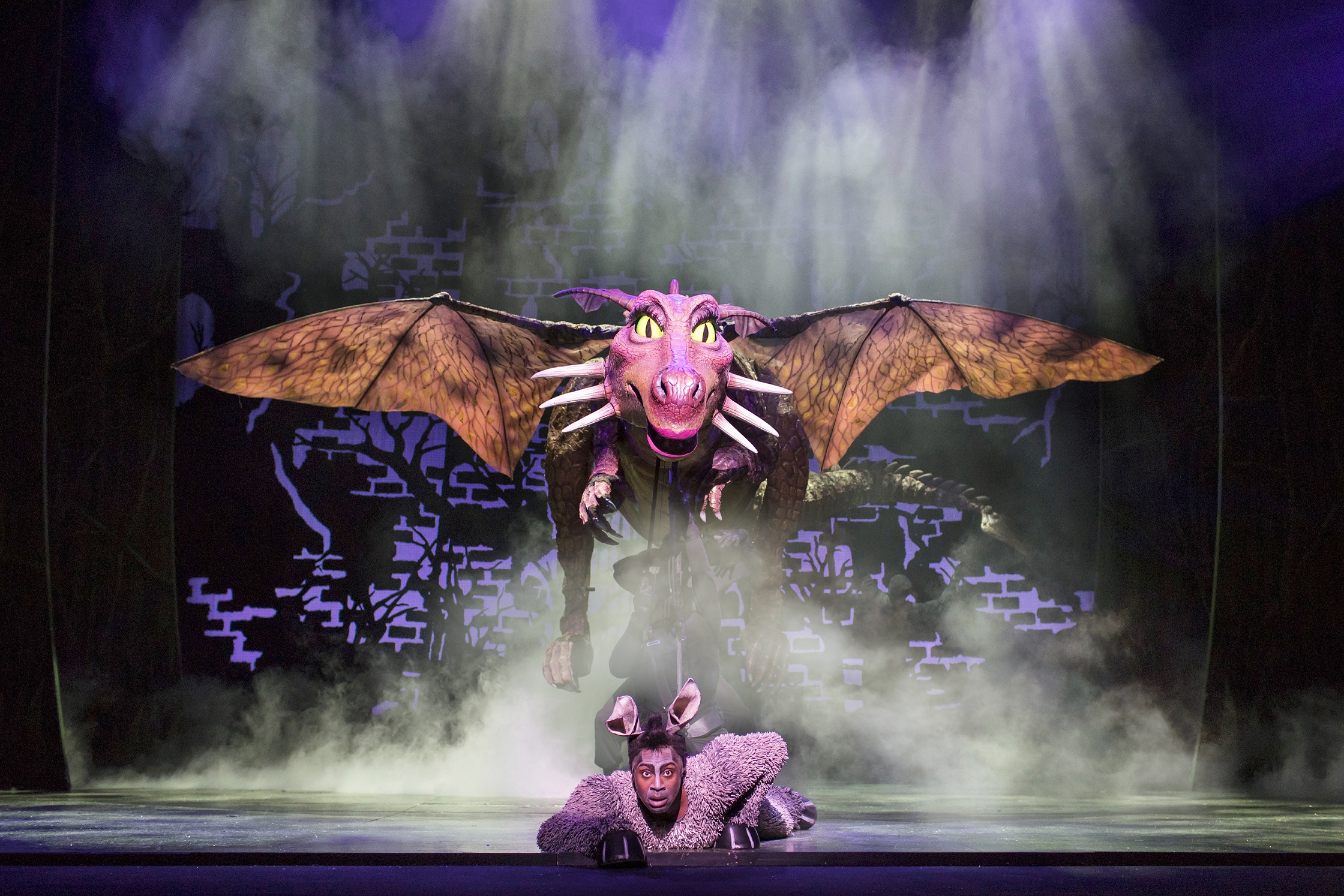 The last time we saw the production I loved the dragon, so I couldn’t wait to see it again with a whole new cast.

Actor and recording artist Amelia Lily (you might remember her from the X factor) takes on the iconic role of Princess Fiona in the smash hit SHREK THE MUSICAL®.

Amelia Lily first rose to fame on The X Factor, finishing third on the eighth series in 2011. Her debut single ‘You Bring Me Joy’ reached number two on the UK Singles Chart. Theatre credits include the Narrator in Joseph and his Amazing Technicolor Dreamcoat (UK Tour), Whatsername in the West End premiere of Green Day’s hit punk rock musical American Idiot (Arts Theatre & UK Tour) and Shout! (Winter Gardens Blackpool). Most recently Amelia was runner up in the 2017 edition of Celebrity Big Brother. 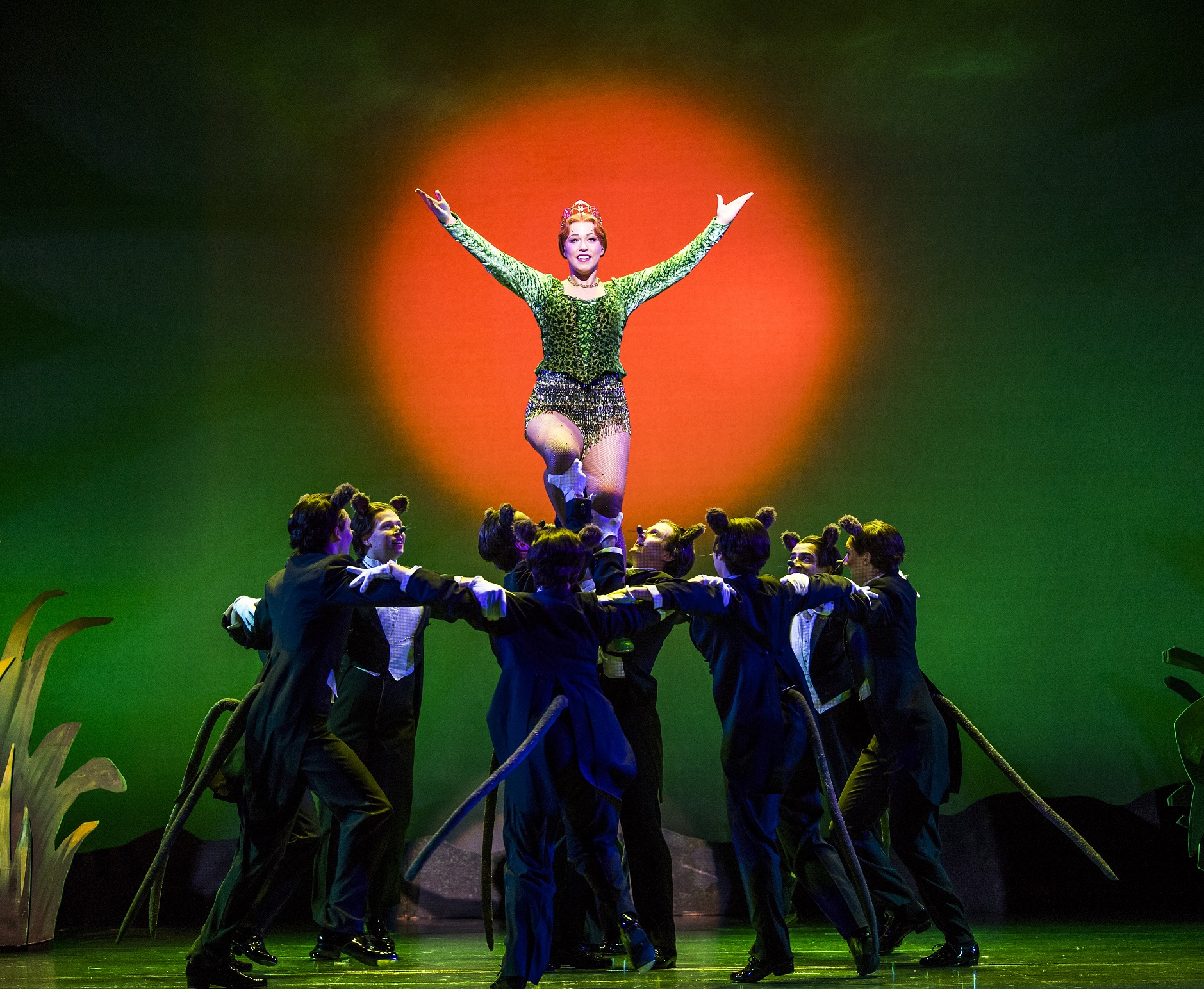 Following the unprecedented success of the first ever UK and Ireland Tour, a brand new production of the hit Broadway and West End musical opened in Edinburgh for Christmas 2017 to a fantastic critical and public response and is now touring to major cities throughout 2018 including Stoke, Blackpool, Woking, Liverpool, Norwich, Canterbury, Milton Keynes, Bristol, Llandudno, Nottingham, Glasgow, Belfast, Dublin, Plymouth, Southampton and Leeds. 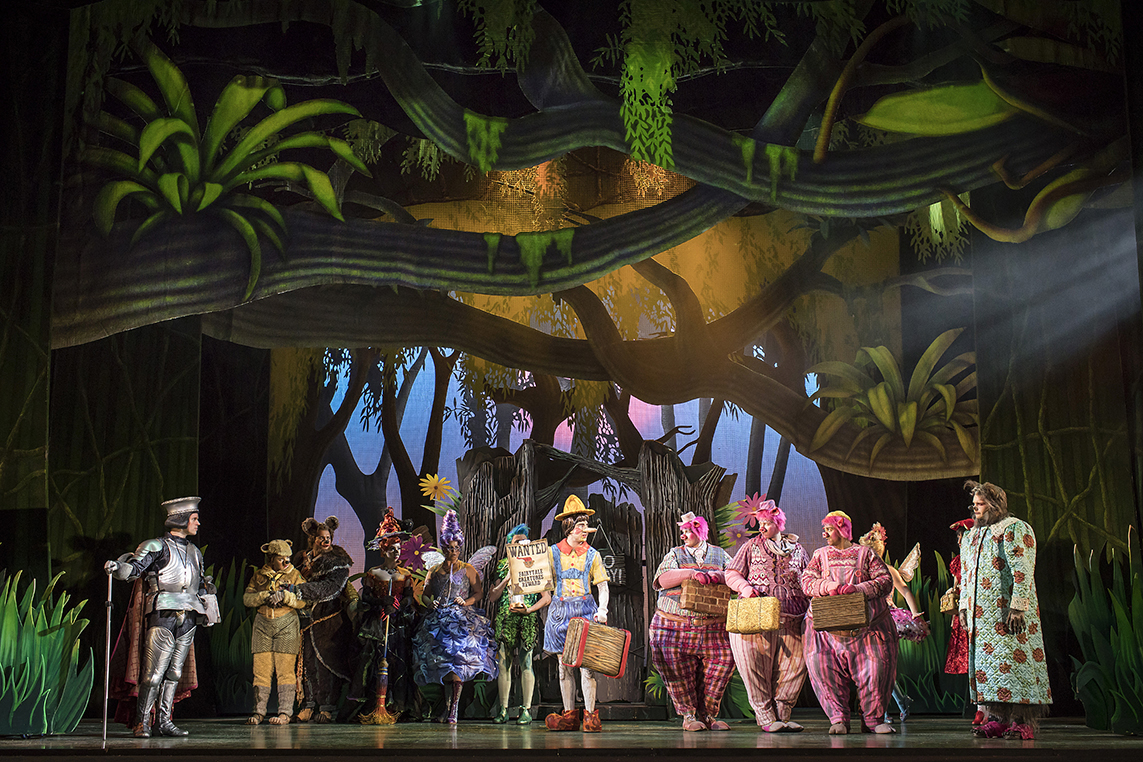 In one word – outstanding!

The quality of the performers was first class, the humour was on point, and there wasn’t anyone in the audience who wasn’t having a good time – as evidenced by the dancing in the isles and the standing ovation given to the performers at the end of the show.

Amelia Lily was sensational as Princess Fiona, clearly she has an amazing voice but it was her acting in such a comedic role which really blew everyone away. It was like the role was written for her. The Dragon was my personal favourite, with a powerful voice to match the character.

Lord Farquaad was utterly hilarious and had the audience in stitches. He was played by Samuel Holmes, and the way he moved around the stage was as amusing for the audience and the lines he had.

The costumes and scenery were largely impressive and added to the performance. The children thought Shrek himself should have been ‘bigger’, but his performance was very enjoyable to watch and the children loved it when he came through the audience.

Donkey was well cast, and he provided lots of laughs, just like in the movie. His performance was energetic and Marcus Ayton, who played him did a superb job with the role. The on-stage relationship of his character and Shrek together was as enjoyable to watch as the movie characters.

The gingerbread man was cleverly included in the performance, and we even saw a glimpse of Puss in Boots.

We highly recommend seeing this show for yourself – you can be sure to leave with that wow factor!