Do you have a ‘Bingster’ in your midst?! Do your little ones love watching Bing?

Bing and his friends are currently on tour in the first ever Bing stage show! This kicked off in St Albans at the Alban Arena. Bing Live will visit 50 venues over 25 weeks from 20th June 2018. 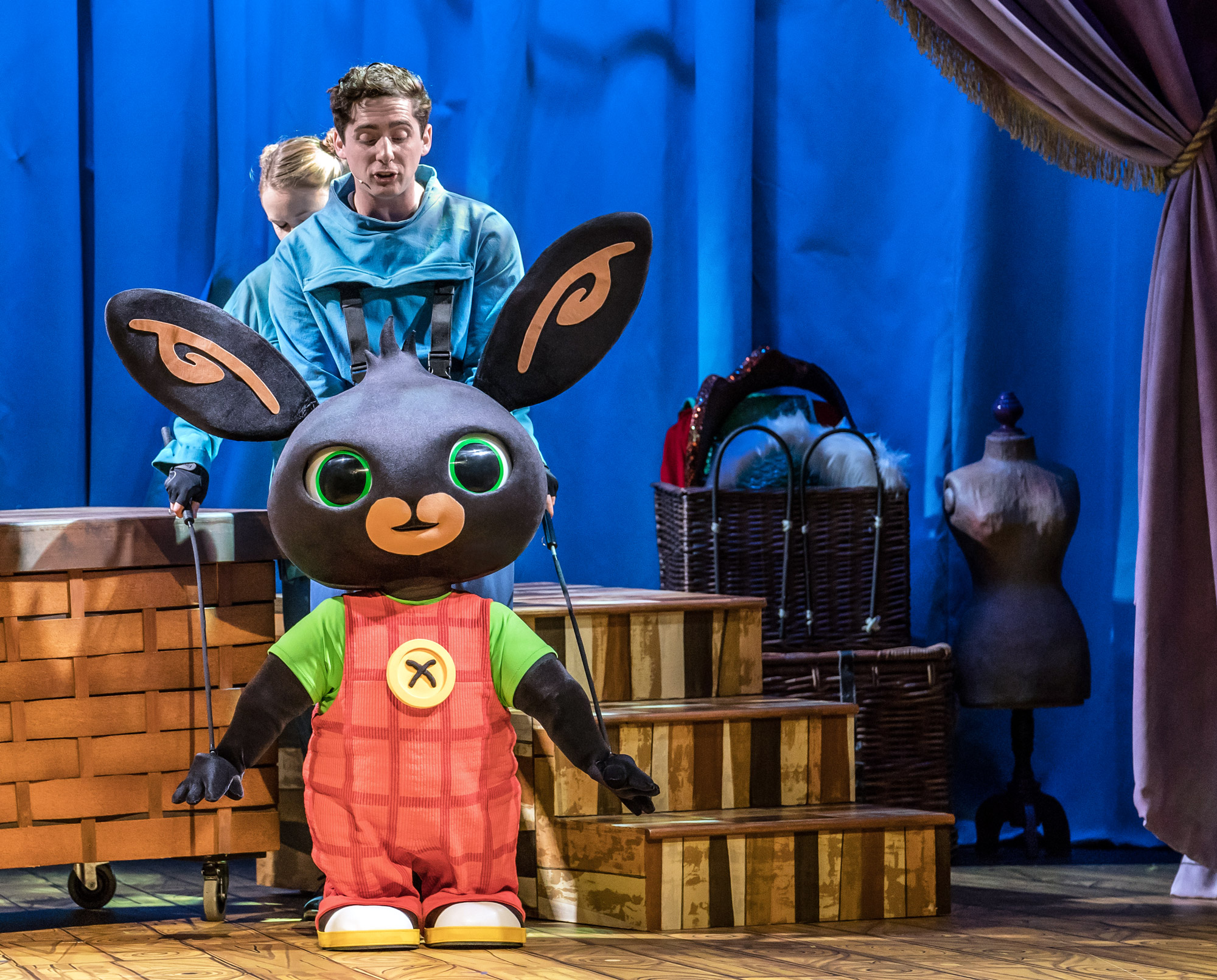 Join Bing, Sula, Coco and Pando as they learn how to tell stories by pretending, dressing-up and singing songs. Flop and Amma are there to help, but in this magical world of make-believe things don’t always go according to plan.

The CBeebies favourites are brought to life in a brand new stage production full of fun, laughter, music and magical puppetry. Going to the theatre… it’s a Bing thing!

Bing Live is produced by Minor Entertainment (In the Night Garden Live) and directed by Will Tuckett, guest principal character artist of the Royal Ballet, whose production of Wind in the Willows won an Olivier Award for Best Entertainment in 2014. If you’ve seen INTG Live, you will know just how impressive it is. In all honesty, Bing Live is just not on the same level, but it’s a very different kind of show.

Bing Live is adapted for the stage by Helen Eastman with costumes and puppet design by Tahra Zafar. As Head of Costume, Hair and Make-up for the Olympic and Paralympic Opening and Closing Ceremonies staged in London, 2012, Tahra managed the production of 23,000 costumes for all four Ceremonies. Her film projects include: Star Wars VII The Force Awakens, X Men-First Class, Harry Potter and the Philosopher’s Stone and The Fifth Element and for television: In the Night Garden, Zingzillas and The Adventures of Abney and Teal – pretty impressive as a line up! 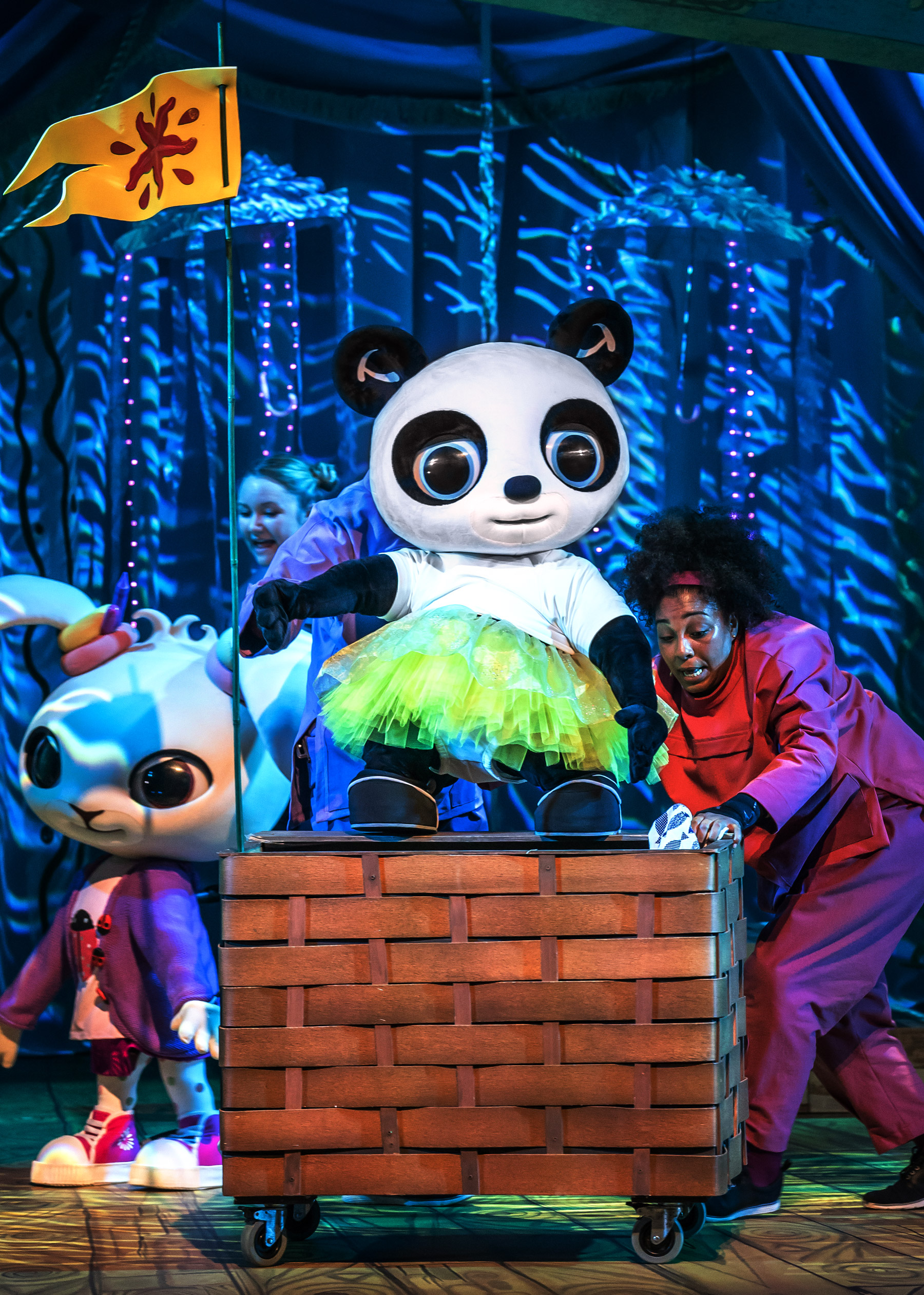 The series has won an International Emmy Award in the Kids’ Pre-School category in 2016, a Writer’s Guild Award and a BAFTA nomination for Best Pre-School Series. The animated series, which saw Mark Rylance make his children’s television debut voicing Flop, is produced by Acamar Films. There are some great messages for little ones that come out of each show.

Is there one near you? More dates are likely to be added so keep an eye out online! 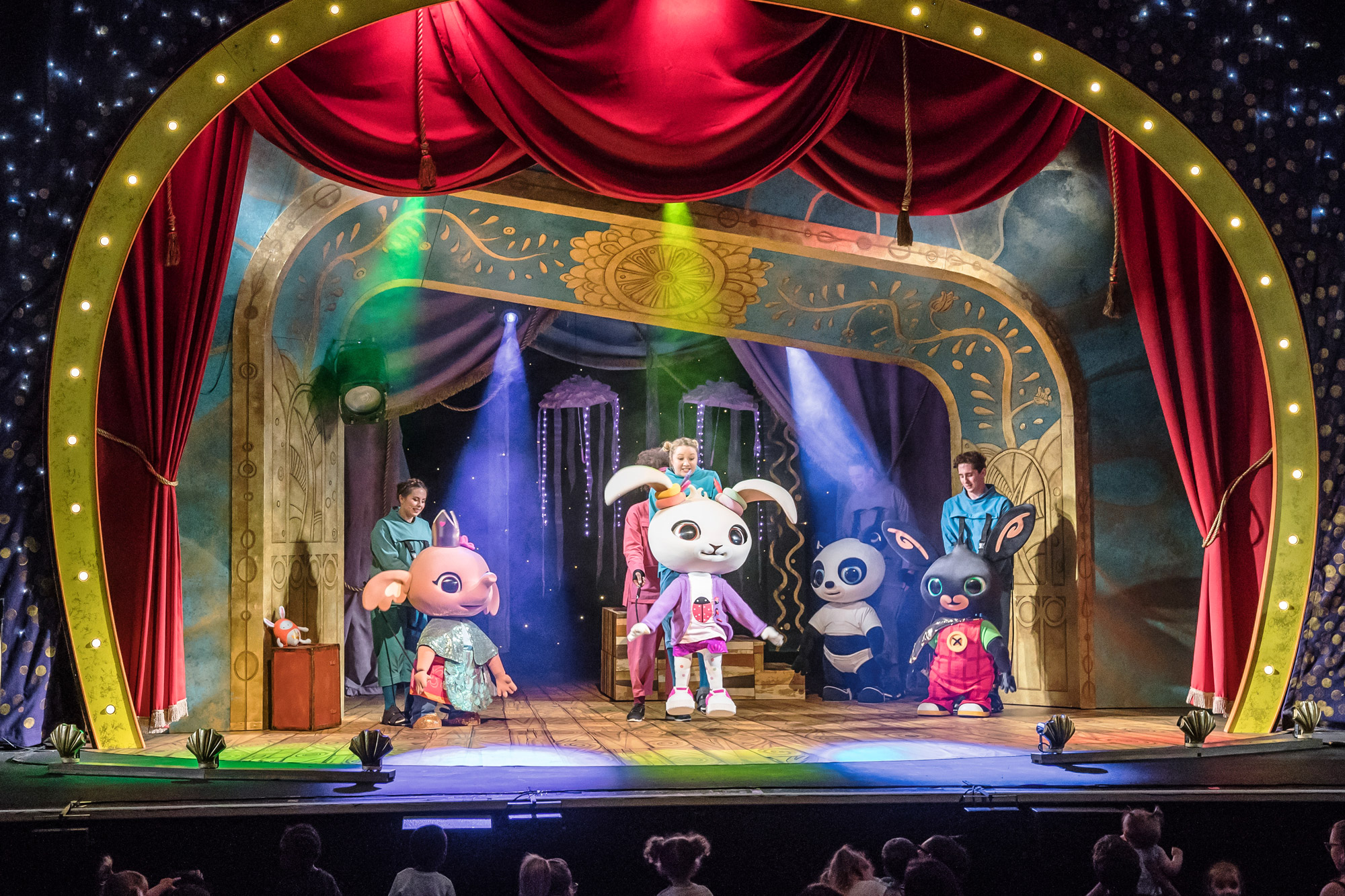 So, what did we think?

I’m not sure if I’m the only one, but I find it really off-putting to have people on stage working the puppets. I think It distracts from the characters quite a lot, especially when three people are working one puppet.

I personally think this kind of theatre works best when the characters are costumes with people inside them. There were a few children asking where the real Bing was which was a shame.

I think the puppets are really well done and the operation of them is really clever, but I’m just not sure it works so well when pre-schoolers want to see their favourite characters…you know, the ‘real’ ones.

The noise level inside the theatre was quite high, so it was also quite hard to hear, which meant the audience were less engaged. The songs worked really well and were lots of fun, with little ones dancing in the isles.

A good show, but not nearly as impressive as In the Night Garden Live.