All of the children love to craft, paint, draw, chalk and get involved in anything creative. They all enjoy it and have made all sorts over the years.

However, one of the children is by far the most creative. He’s the one that dreams up the creations, produces detailed drawings for them and then, along with his helpers comes up with the most amazing creations.

I think must get his artistic flair and ability to construct anything from my dad, who according to my big boy is “a super genius who can make anything ‘.

I wait whilst he reels off this long list of things he needs for his latest creation – Teenage Mutant Ninga Turtle costumes, so he can make a movie trailer about them.

I then watch and listen whilst he creates amazing props and costumes, getting the other children to help along the way and also try out their costumes too. 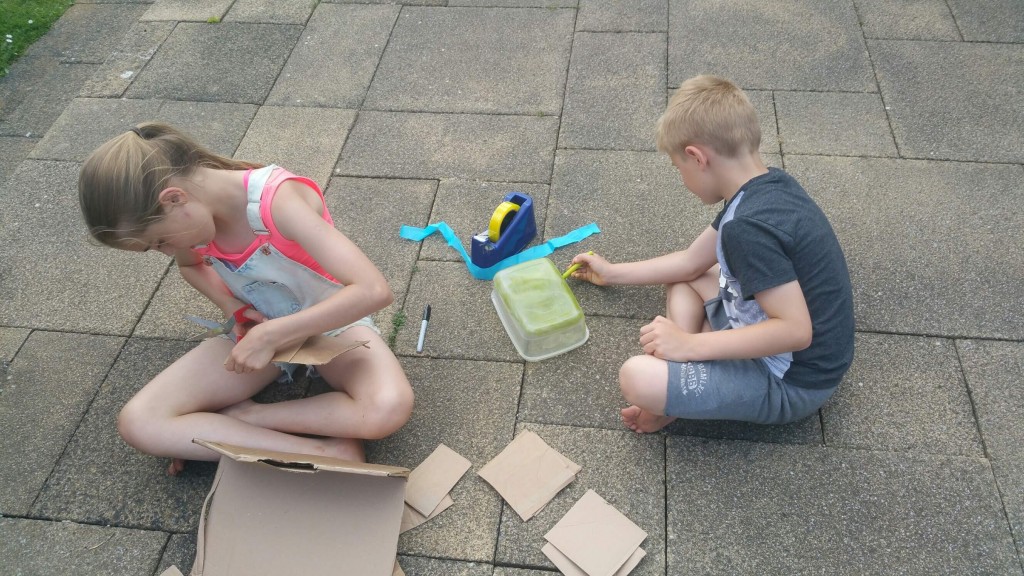 He has such fixed ideas I worry what will happen if I don’t have something on the list…I fear it may ruin the entire project. Project failure will be on my shoulders! 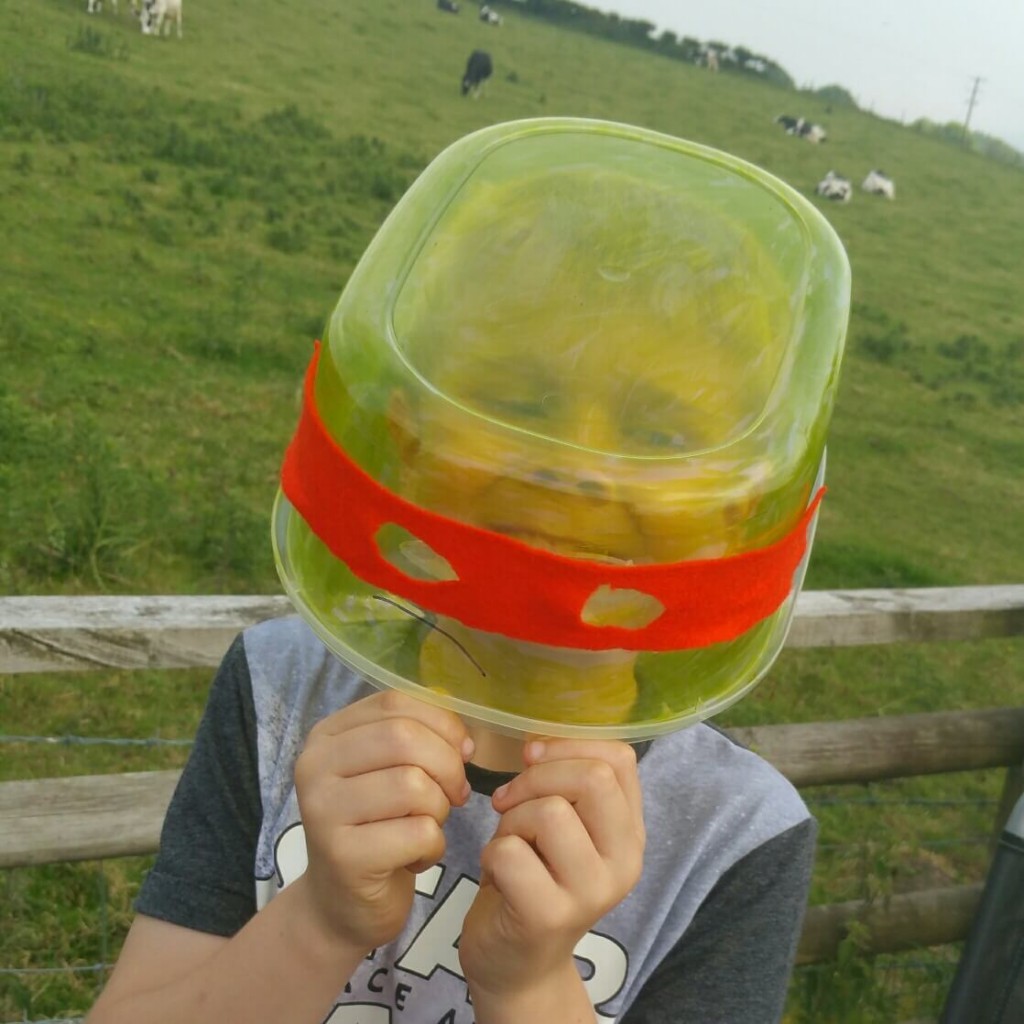 He is so independent when it comes to his creations, aside from finding the materials and taking the photos and video his project had no adult intervention. He takes his time, thinks it through and puts everything together. 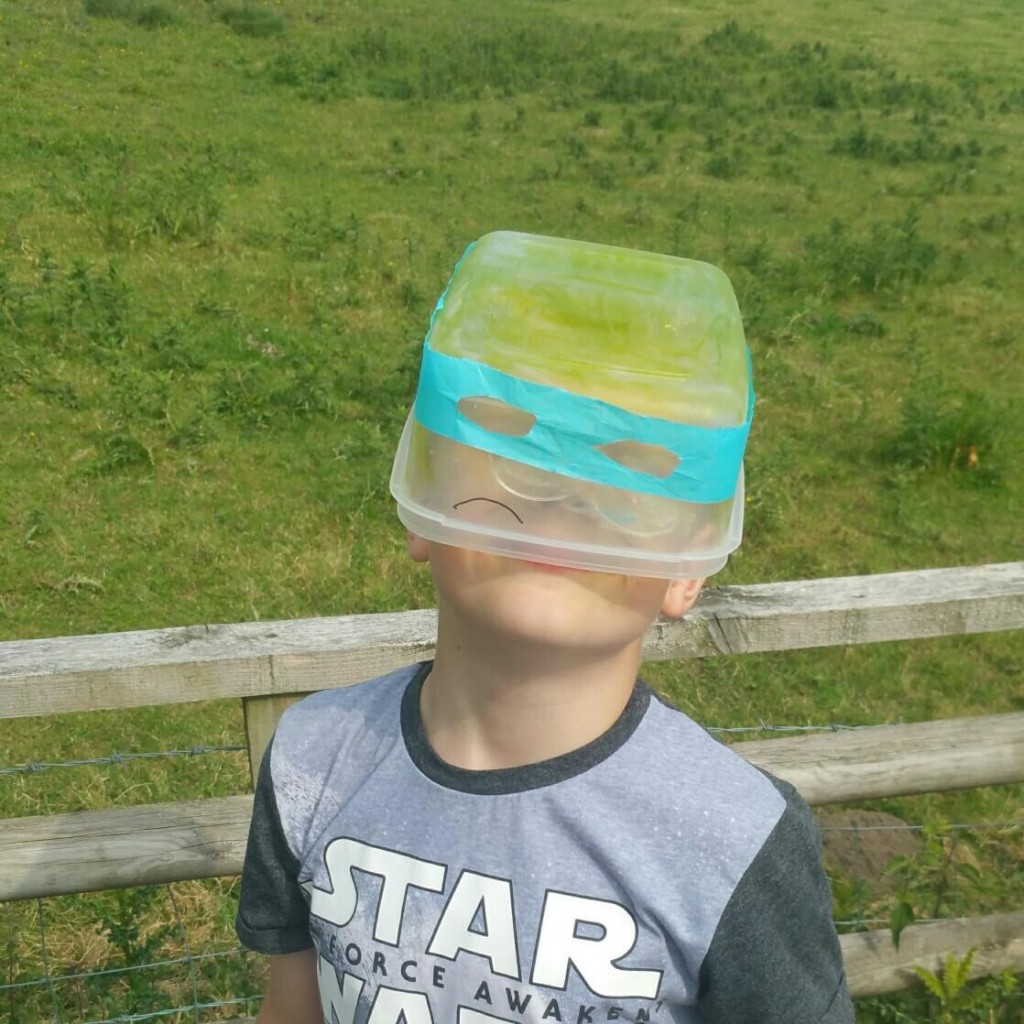 It was a bonus that the weather was so good and there wasn’t any wind, as that meant the bulk of his creation could be done outside. He would make part of the costume and then test it out to see how it worked in practice before making any necessary modifications. 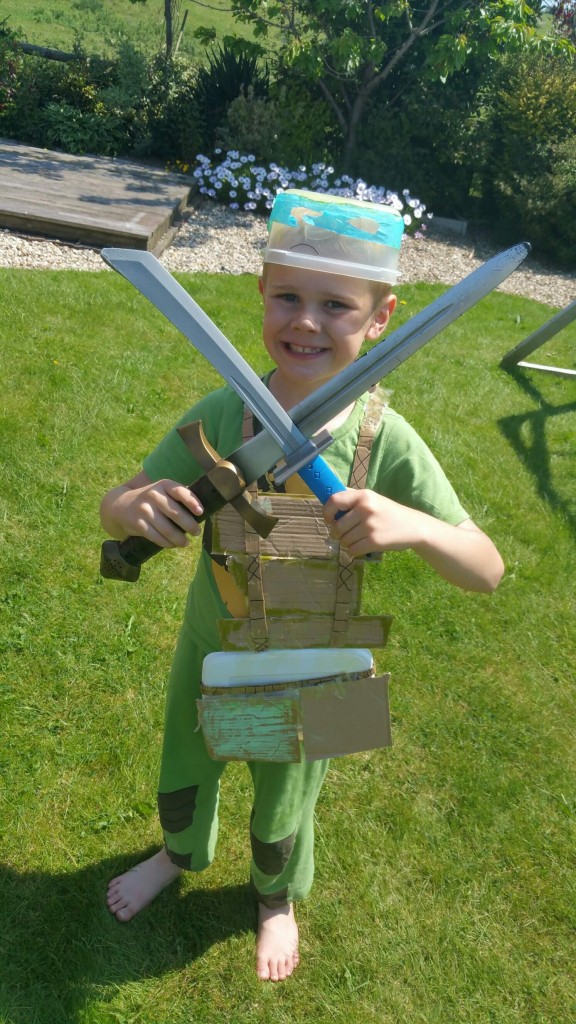 I’m a bit short on tupperware now but I can’t complain when they’ve been used to create a movie trailer can I? Now I just need to edit the movie for him and hope I’m up to scratch, otherwise I might not be given the role next time!