A few years ago I really got into making yoghurt at home with an EasiYo maker I picked up at The Baby Show in Birmingham.

The children loved it and the variety of flavours. We had fresh yoghurt everyday, either on its own or with cereal. It became part of a daily routine and it was really enjoyable to make.

Somewhere along the way it stopped becoming daily habit and we got out of the routine. I think probably following house move and the yoghurt maker not being easily accessible. At the same time, the yoghurt packets were no longer available at the supermarket where I do the bulk of my online shopping which also put me off a bit. 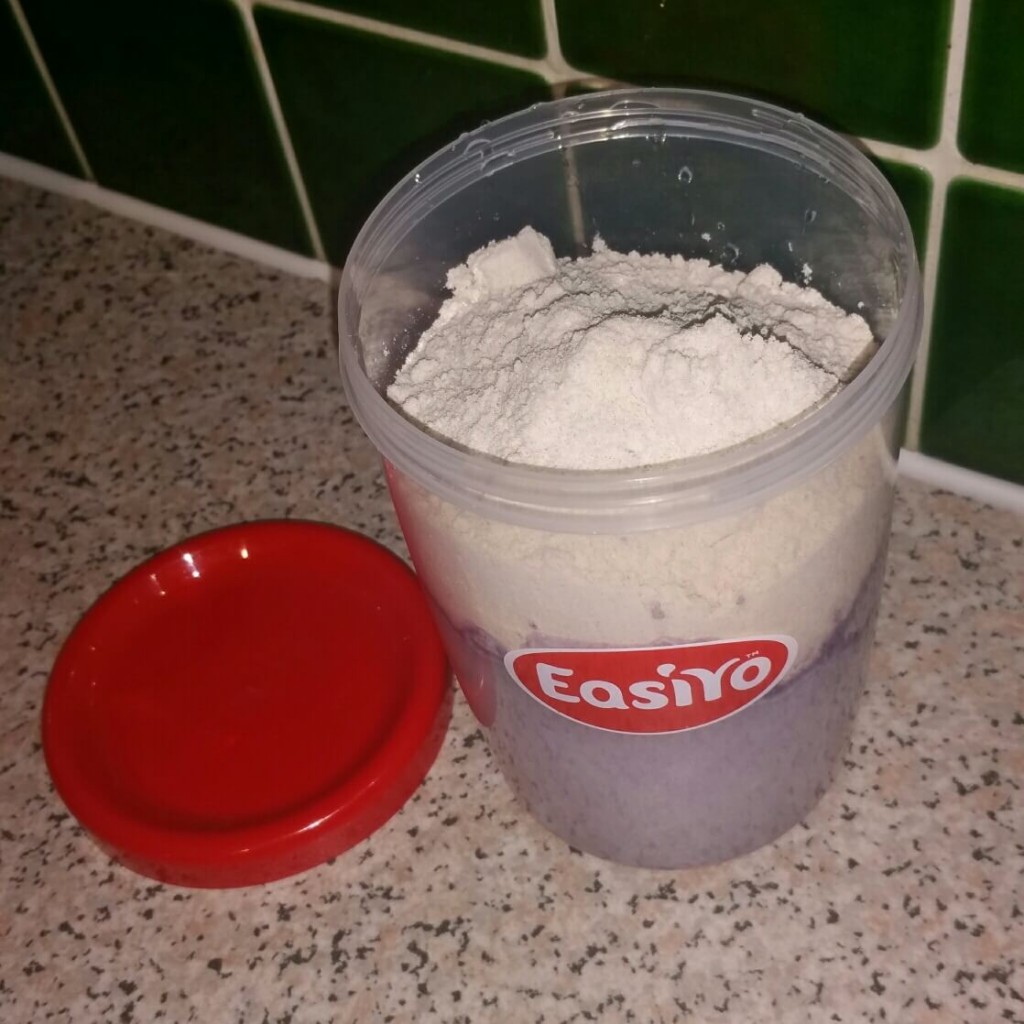 This has changed recently and coincided with the EasiYo releasing the new style of maker, which has meant we’ve got back into making and eating the yoghurt again. It’s so easy to make: take the plastic EasiYo container and fill with tepid water up to around halfway; add your selected yoghurt powder; place the lid on and shake; after that you’ll open the lid again and top up with water to the fill line, screwing the lid on tightly. 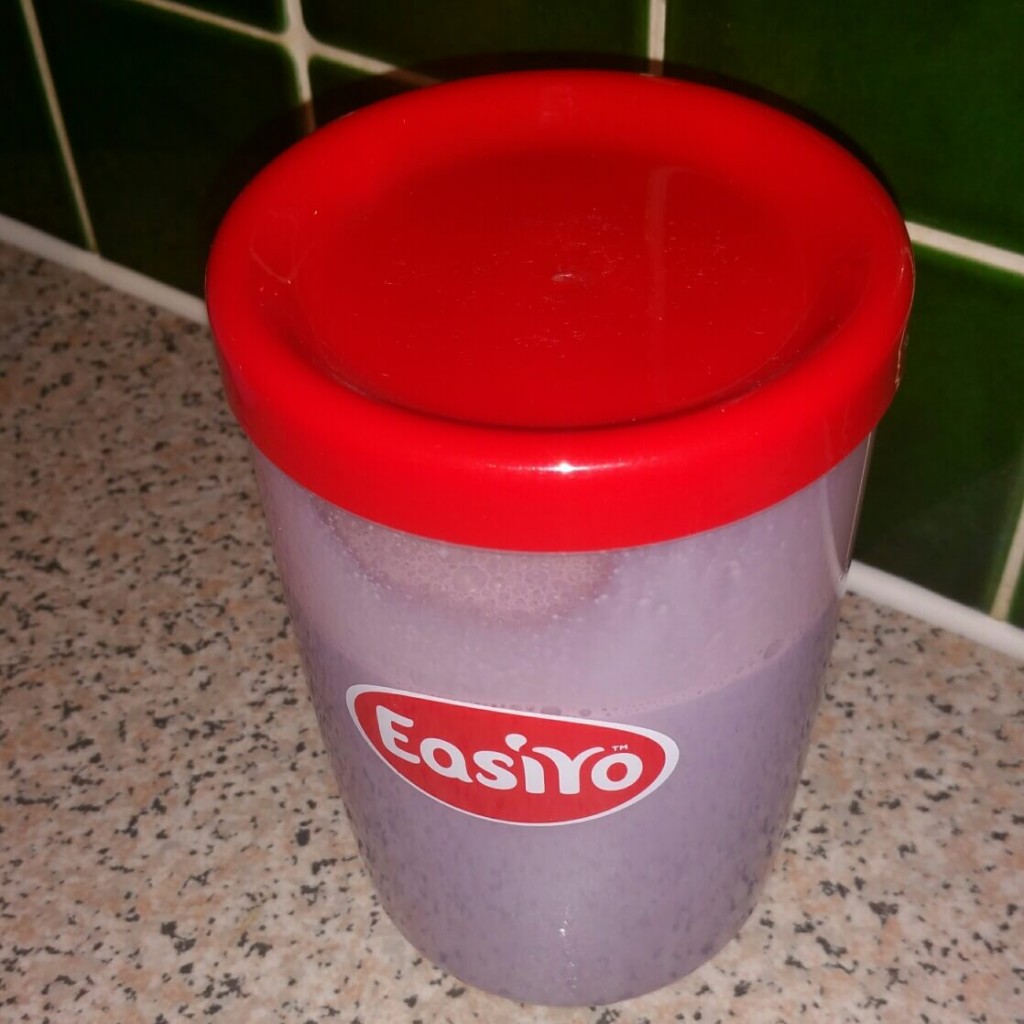 After another good shake, you add boiling water to the yoghurt maker as far as the top off the red plastic rim inside the container place the prepared yoghurt container inside and screw the lid on tightly. 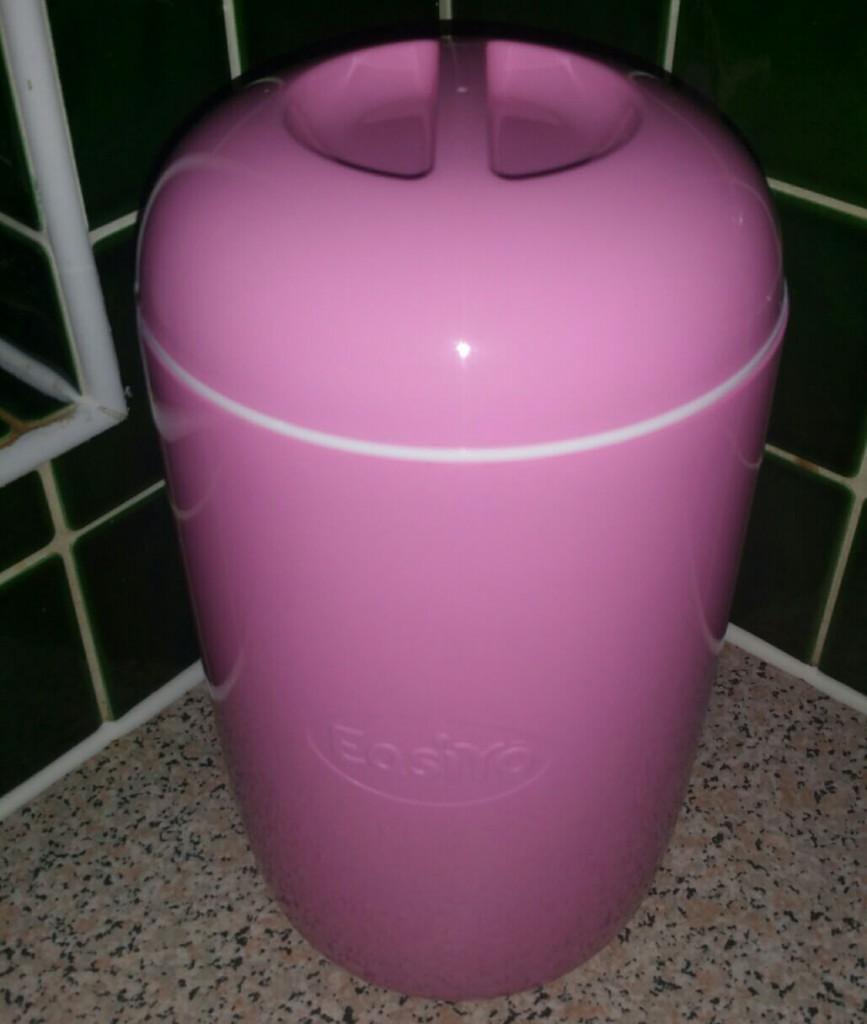 You leave this for around eight hours. I find it easiest to make it at bedtime and leave overnight downstairs. In the morning you empty the water from the yoghurt maker give the yoghurt pot a final shake and place in the fridge to chill the yoghurt, ready for the children to have after school as a dessert.

You can vary what you add, mixing with fruit or cereal if you wish.

It’s super easy to do and with such a range of different flavours of yogurts on offer you’ll be spoilt for choice. There are also Greek yoghurt and low fat options to choice from. 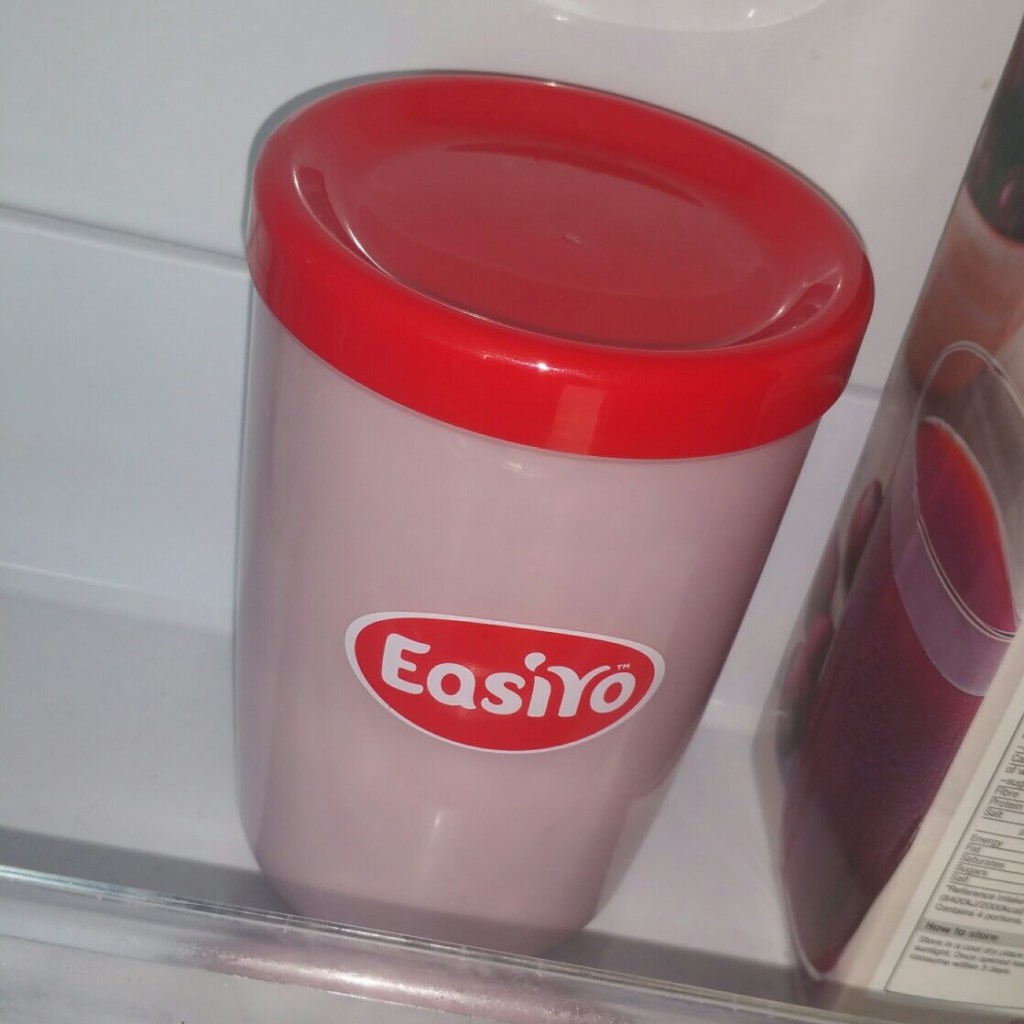 We are big fans of the blueberry and the raspberry, and all the children love the banana, which we add freshly chopped banana and strawberries to. EasiYo’s new bright and bold Red Yogurt Maker is the perfect way to make delicious, fresh yogurt in your own home for all the family.

The new maker – featuring the first redesign in the brand’s 23 year history – is sleek and stylish, yet simple. With no moving parts or electronics, it’s easy to clean and is the perfect size to fit compactly on a kitchen shelf. Durable and secure, the maker features an easy grip handle, non-slip feet and smooth surfaces. The redesign also sees the old polystyrene insulation replaced with a layer containing New Zealand wool – which helps to keep the yogurt at the right temperature during the fermentation process. 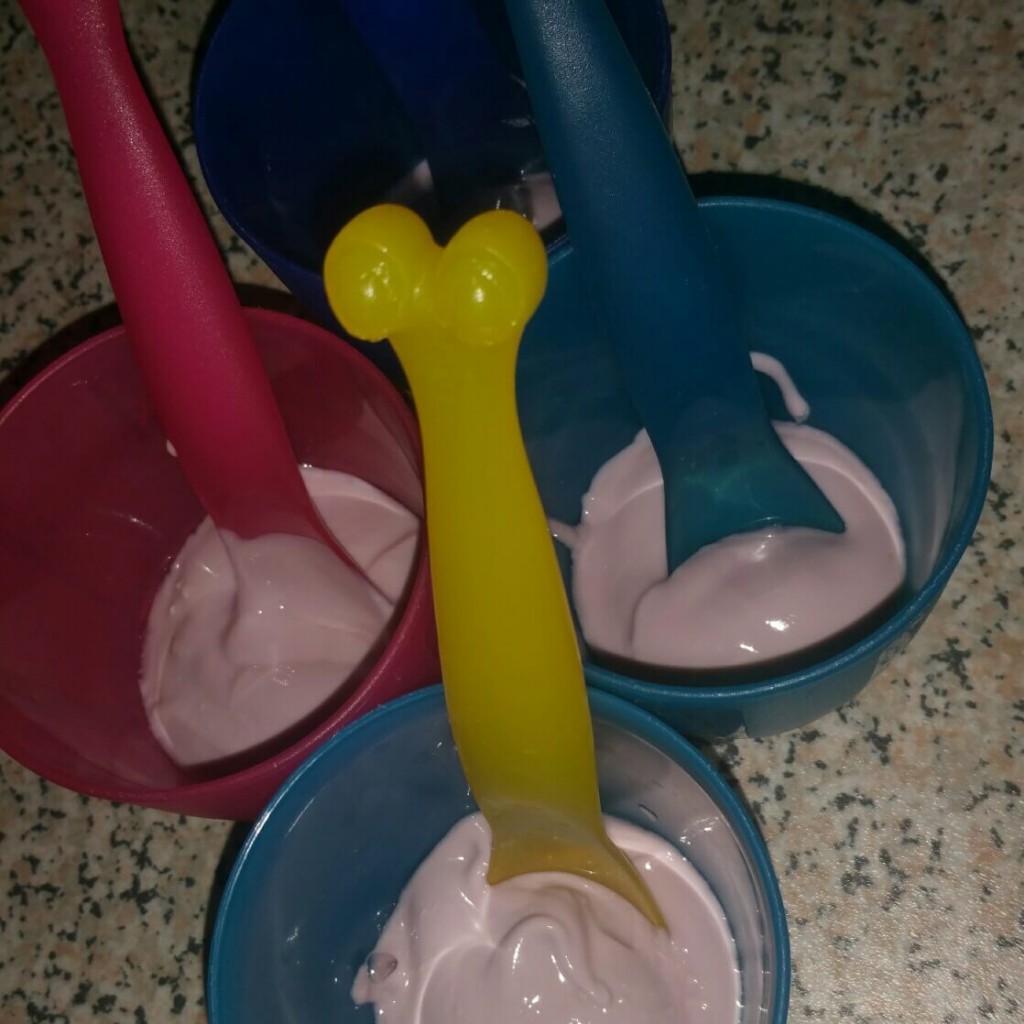 When a Kiwi dad invented EasiYo in the early nineties, the aim was to allow families to make the best quality, tastiest yogurt in the world – in their own home. It is now the number one yogurt maker brand in New Zealand with half of all households having an EasiYo Maker in their kitchen. In the UK, over 600,000 yogurt makers have been sold since the brand was launched in here in 1999.

Because EasiYo is made fresh in the home, there are no artificial colours or flavours and no stabilisers delivering all the benefits of homemade goodness.  EasiYo is also gluten free and vegetarian.

EasiYo is stocked all over the UK at retailers including QVC, Lakeland, Holland and Barrett, Wilko’s, The Range, Hobby Craft and a large number of independent stores. The EasiYo Red Yogurt Maker is priced at RRP £17.99 and each EasiYo yogurt sachet is priced from RRP £2 (per 1kg serving).