ALL ABOARD AS BRAND NEW CG-ANIMATED CHILDREN’S MOVIE OPENS IN CINEMAS ACROSS THE UK & IRELAND ON 20th JULY, 2018

The world’s most famous blue engine and pre-schoolers’ favourite, Thomas the Tank Engine, is gearing up for his biggest adventure yet in Thomas & Friends: Big World! Big Adventures! The Movie – the brand new 80-minute CG-animated special showing from 20th July, 2018 in UK & Irish cinemas.

Thomas & Friends™: Big World! Big Adventures! The Movie features a fun-packed plot full of wonder and curiosity, plus tons of animals and several musical songs that will captivate the imagination of young Thomas fans and parents alike. This is the biggest Thomas movie to date and one not to be missed! Here’s a little taster.

Thomas & Friends: Big World! Big Adventures! The Movie sees Thomas undertake his most epic journey ever as he leaves Sodor to fulfil his dream of seeing the world. The action-packed adventure begins when a mischievous little racing car called Ace comes to Sodor and inspires Thomas to embark on an ambitious trip without the Fat Controller’s permission!

This heroic quest takes Thomas across deserts, through jungles and over dangerous mountains as he travels across five continents seeing sights he has never seen before. On his journey to discover new places and cultures, Thomas makes friends with an adventurous, inspiring and fun tank engine from Kenya called Nia. But with so much for Thomas to learn about the world, will Nia be successful in teaching him a lesson about the true meaning of friendship?

New friend Nia is the first African tank engine to join Thomas & Friends and comes with her own sense of adventure. To ensure that she comes with a rich and accurate background for children to appreciate, her character was specially developed with the help of the UN and experts from the Royal African Society. 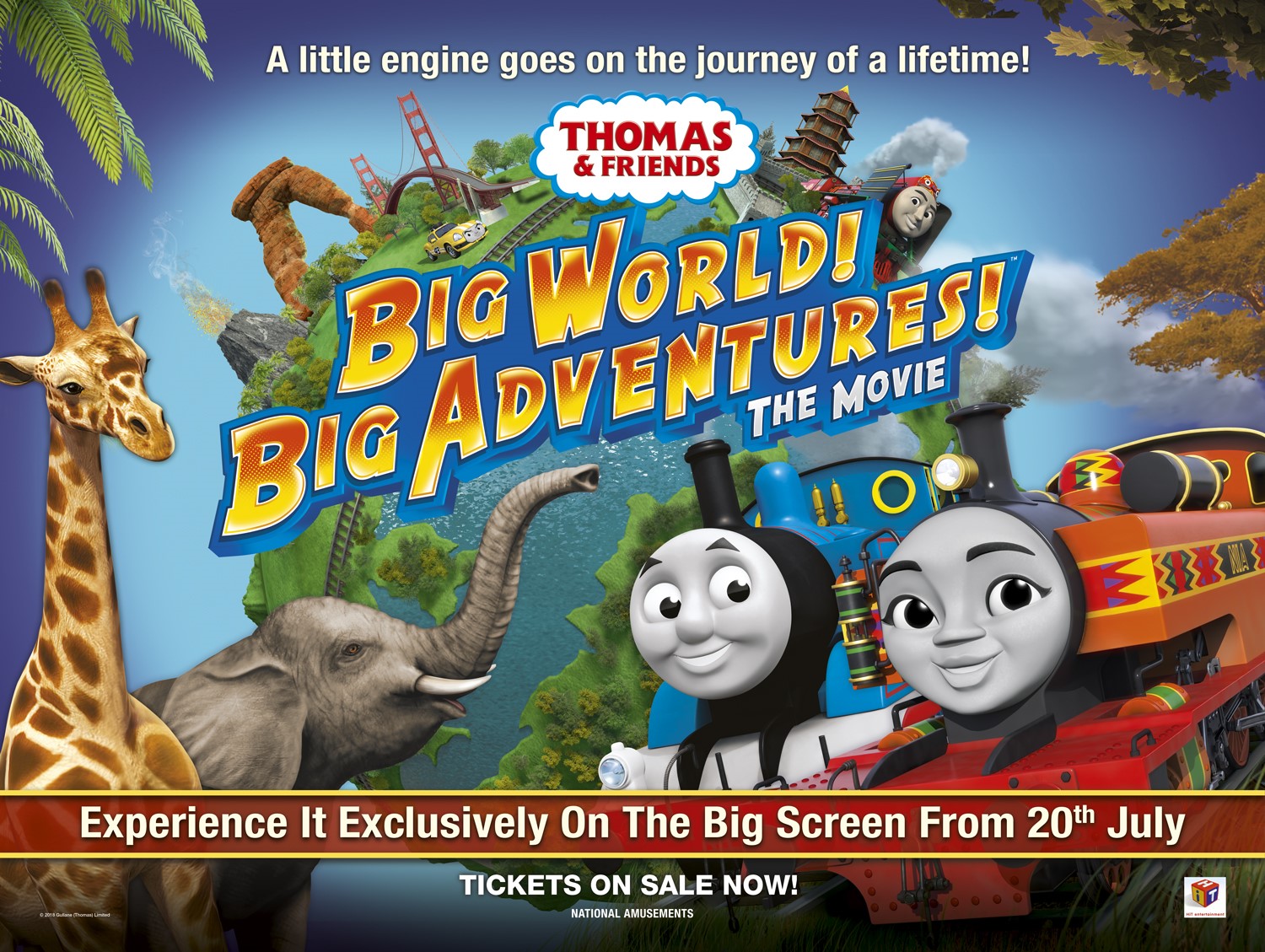 Thomas the Tank Engine™ was created over 70 years ago and that story quickly grew through content to become the award-winning global brand franchise it is today, with multiple touch-points and formats, including apps; toy consumer products; publishing; live attractions and much more with over 1 engine sold per second. Watched in over 160 territories, in over 50 languages with over 1.16 billion lifetime views on YouTube, Thomas & Friends offers more than 80 hours of original content produced from 500 episodes and 12 specials.

We were lucky enough to catch a preview of this new movie this weekend. It really was loads of fun for all the family. A great story line which held everyone’s attention to the end. Just a Thomas wanted to get off the Island of Sodor for a while and explore, it was also exciting for the children to see that there was more beyond the island.

THOMAS & FRIENDS™: BIG WORLD! BIG ADVENTURES! THE MOVIE WILL BE RELEASED IN OVER 400 CINEMAS ACROSS THE UK & IRELAND FROM FRIDAY, 20TH JULY

Tickets are on sale at http://thomasbwbamovie.co.uk