5 movies to put under the tree this Christmas

I don’t know about you but we love a good family movie night and Christmas is a great time to get in a few more than normal. So get that hot chocolate and marshmallows and that mulled wine ready, get the fire on and check out some of the movies you should pop under the tree this year.

If you loved Finding Nemo, you will love this even more. The friendly-but-forgetful blue tang fish begins a search for her long-lost parents, and everyone learns a few things about the real meaning of family along the way. This has a real family-feel-good thing about it, perfect for the festive season.

I loved this book as a child and have recently seen it at the cinema with the children. We all loved it and we’d love to see it again on DVD. Steven Spielberg directs this adaptation of Roald Dahl’s novel starring Mark Rylance as the Big Friendly Giant. The film follows Sophie as she is whisked away from her orphanage by the BFG and taken to Giant Country where she is immediately at risk of being eaten by the other, larger giants, including Fleshlumpeater and Bloodbottler. Together, Sophie and the BFG go on an adventure to Dream Country where they capture dreams for the BFG to give to all of the human world’s sleeping children. After coming up with a cunning plan, the pair head back to London to see if the Queen can help them tackle the problem of the bullying, child-eating giants. You have to see this one!

On the theme of orphans, “Pete’s Dragon”, is a re-imagining of Disney’s cherished family film centered on an orphaned boy named Pete and his best friend Elliot – who just so happens to be a dragon. This is a great film to enjoy with the entire family this Christmas, let Pete and Elliot take you with them on their adventures. This film is totally captivating. Having seen it on the big screen in the summer, I remember looking around and seeing everyone totally drawn into the screen by this movie.

This magical movie is followed by never-before-seen bonus features, including a revealing look at director David Lowery’s personal diary kept during the filming of “Pete’s Dragon,” including the design process behind the lovable dragon Elliot, deleted scenes, a tour of the film’s breathtaking production location of New Zealand, audio commentary by filmmakers/actors and hilarious bloopers. It’s worth it just for the look at New Zealand – I can totally understand why they chose it as the filming location, truly breathtaking. 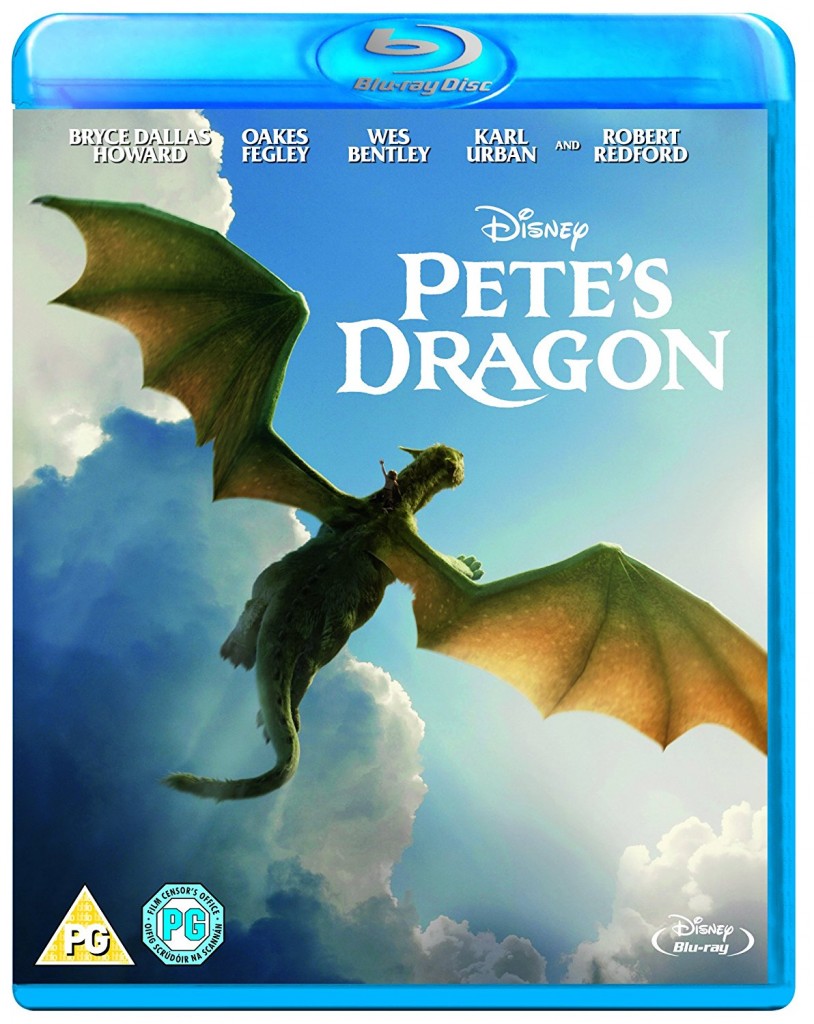 The film has some amazing special effects, but when you are watching this with your family it’s the small moments between characters that so beautifully convey the film’s powerful message: the importance of friendship, family and finding one’s place in the world.

This really is a must see this Christmas! It’s available now on DVD, Blu-Ray and for Digital Download.

This was always one of my favourite stories as a child. The man-cub Mowgli flees the jungle after a threat from the tiger Shere Khan. Guided by Bagheera the panther and the bear Baloo, Mowgli embarks on a journey of self-discovery, though he also meets creatures who don’t have his best interests at heart. Now you can watch the new movie on DVD as a family…but look out for Shere Khan!

The Secret Life of Pets

This is one of our favourite family movies at the moment, it’s utterly hilarious. From the creators of the blockbuster Despicable Me franchise comes the animated feature-film that finally answers the question: what do your pets do when you’re not home? When their owners leave for the day, pets from the building gossip with their friends, satisfy their sweet tooths, and throw outrageous parties – but when a pampered terrier and his unruly new “roommate” from the pound get lost in the urban jungle of New York City, they must put aside their differences to survive the epic journey back home.

These are all great family movies that you can all snuggle up and watch together.