Ben and Holly Live: What the little boys thought

Background to the show

This new tour opened at the Churchill Theatre, Bromley 27 January and visits 51 theatres across Ireland and the UK booking through till summer 2017. This is well worth checking out and we were really impressed with the show overall, despite the usual overpriced merchandise that every child wants.

Fiery Light Productions have brought all the magic of the show on the small screen to the stage in this exciting musical adventure. Ben and Holly have fun and games helping Gaston clean up his messy cave; they go on a trip to The Big World with tooth-fairy Nanny Plum; and still have time to plan a surprise for King Elf’s birthday party, complete with an unplanned jelly flood.

Packed full of games, songs and laughter, this is an enchanting and magical visit to the Little Kingdom. This beautiful story of elves, princesses and childhood innocence will delight all the family. 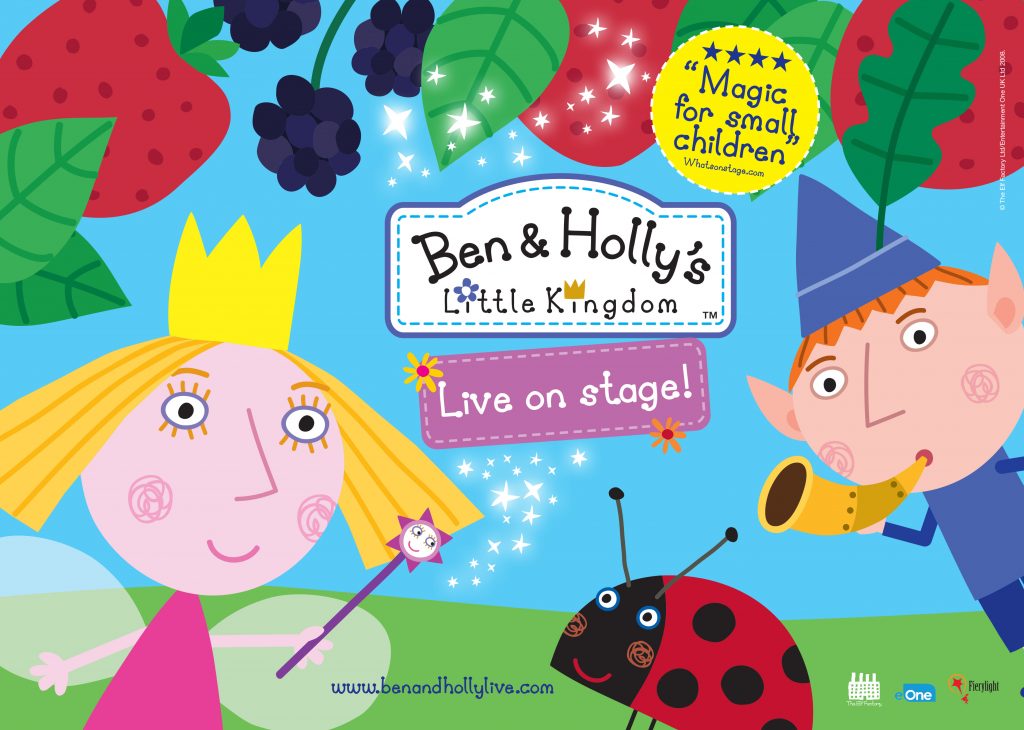 What the little boys thought

The little boys have seen a few live stage shows now and I think overall this has been one of the ones they have sat the best in and enjoyed. I’m not sure anything could compare to how captivated they were by In the Night Garden Live, but I have said before that in terms of pre-school theatre that show is in a different league.

Ben and Holly Live was engaging for all age groups, there was plenty of audience participation, a short interval and it was the perfect length for the age of the audience. There is a really stunning night flying scene that the boys found mesmerising, and along with the music that was lovely to watch.

The characters worked well, and although Gaston was a plastic ladybird who got pushed around the stage by the other characters, that seemed to work well and the boys liked him a lot.

They enjoyed the plot and have seen the Tooth Fairy episode on TV, so were able to follow the story line well.

One of their other favourite parts was when Gaston’s cave gets cleaned up with some fairy magic, but he doesn’t like it so it all has to be made messy and smelly again. That appealed to their sense of humour.

More from the director and production team

Richard Lewis has adapted the TV animation for the stage and also directs. He also adapted and directed the five highly popular Peppa Pig theatre tours (four of which had sell-out West End Christmas), two LazyTown Live! tours (2007 – 2009) and Octonauts and the Deep Sea Volcano Adventure (2014 – 2015).  The composer is the highly talented Mani Svavarsson who has composed the music for a number of FieryLight shows including LazyTown Live!, Octonauts and the Deep Sea Volcano Adventure and all of the live Peppa Pig shows.

If you fancy it, book your tickets now.