Burning issue: why you should educate your children about radiators

Radiators are a fantastic invention. They ensure the rooms in our homes are heated and remain warm when the temperature drops and it turns chilly, and they do so in a smart, cost effective way. The vast majority of us then look on our radiators with great fondness; they’re the mechanical equivalent of a big, warm blanket. Indeed, it’s entirely natural for children to grow up very comfortably with radiators around them; why wouldn’t they? They’re the source of heat that keeps them warm and enables them to live their indoor life to the fullest in the winter months, and yet, accidents do happen.

So much so, in fact, that you may have heard of the recent, tragic death of two children in New York City from severe radiator burns. Injury, let alone death, from misuse, lack of understanding or even faulty radiators (specifically uncovered, boiling hot pipes) is rare; certainly so in the UK, where millions of people are so familiar with them as a constant feature in their homes, but they do happen nonetheless.

In which case, if you have young children – or are expecting a baby – and you either have radiators installed or intend on having them installed, it’s as well to bear in mind the safety of your young ones when they’re around radiators and heated towel rails. 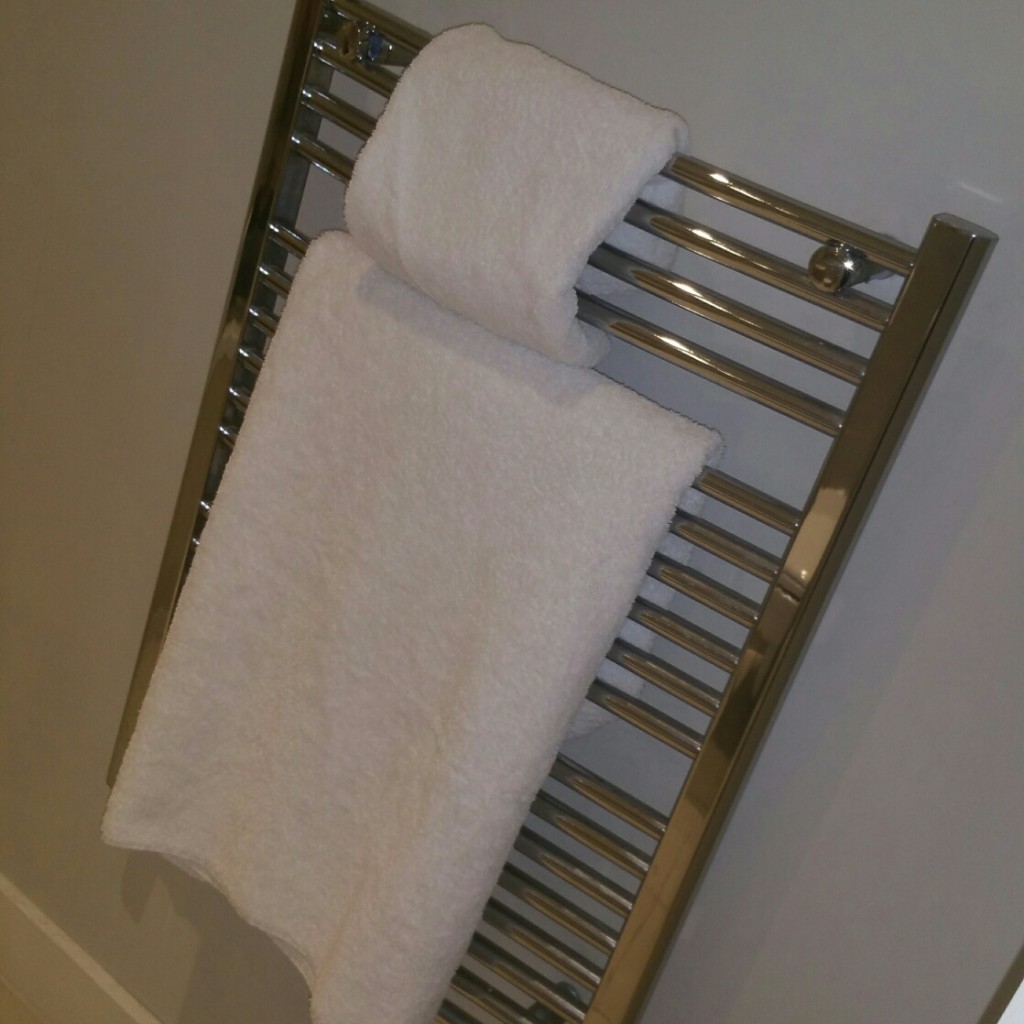 Children of a certain age are unlikely to have any knowledge or experience of hot metal, least of all inside the home, so it’s important to teach them that a hot radiator has the capacity to burn them. Indeed, you might try doing more than just telling them; so long as you’re careful. For instance, you could ask them to place their hands on a radiator as the central heating system first switches on and to leave their hands on it while the metal slowly heats up. Be sure they remove their hands before it’s too hot, of course; stressing that it’ll only get hotter and hotter – and at that point they should be careful not to be in direct contact with the radiator. It’s a way of educating them about radiators (and how they could get burned if they’re not careful) that’s likely to stay with them.

Now, obviously, pets are a different proposition. It’ll be rather difficult to train your cat or dog – certainly your cat – not to touch a radiator should it not have the sense to avoid something hot. Fortunately, most intelligent animals have that sense, so, for instance, a cat isn’t likely to lie on top of a red-hot radiator. Some pets are smarter than others, though, so you might have to come up with one or two creative attempts to educate your furry friends, if yours are slow on the uptake!

Alternatively, to protect your little ones – and your pets – you might consider purchasing a radiator cover. Generally speaking, they’re built from wood or metal and are mounted low on a wall to, yes, cover the radiator, thus forming a protective barrier between kids’ inquisitive fingers or pets’ flicking tails and a radiator.

There is, of course, the possibility you’ve had stylish radiators installed in your home (perhaps from The Radiator Company); if that’s the case, you probably won’t be overly keen to cover up something you’ve invested good money in not just to warm your home but to look elegant and pleasing in whichever room it’s been installed. The answer here then may be to place a safety gate in front of said radiator; if anything, such a gate may be even more preventative than a cover as it’ll ensure people are at a slightly further distance away from the radiator itself and, standing as it will in front of the radiator, it’s also likely to heat up less than a cover would.

A further option is to use a purpose-made heavy cloth that goes over the top of the radiator and acts as something of a heat-sink to protect you and yours from potential burns. A possible drawback here is that such a cloth cover could inhibit the heat the radiator generates, forcing you to turn up the radiator or the thermostat, so if you’re looking for a cost effective solution this may not be the best.

Finally, it may seem obvious, but it’s nevertheless worth mentioning that you shouldn’t place any furniture too close to a radiator – you don’t want the upholstery of your expensive, new sofa getting burned – and to prevent any curtains hanging down and touching a radiator; after all, radiators are often located under windows for maximum efficiency, so they’re likely to be positioned near to curtains. Overall, of course, the most important thing is to think and use common sense – and pass that on to your little ones.