Parenting: the struggle is real

How hard can it be?

Before you had children did you ever look at other parents and think how hard can it be? I mean really, these tiny humans are just that, they can’t possibly get one over on us adults can they? Did you ever comment to your partner or your friends about someone’s attempt to parent? Did you ever say “I would never do it like that”?

Admit it, we’ve all done it. Pre-children you think you know it all, you wonder what all the fuss is about, you wonder how parents make such a mess of just putting a child in a car seat. You wonder why everyone starts screaming when they are asked to wash their hands in a public toilet, and you wonder why getting a few things from the shop makes parents look a little psychotic. You THINK you know.

The reality is, pre-children we have no idea! 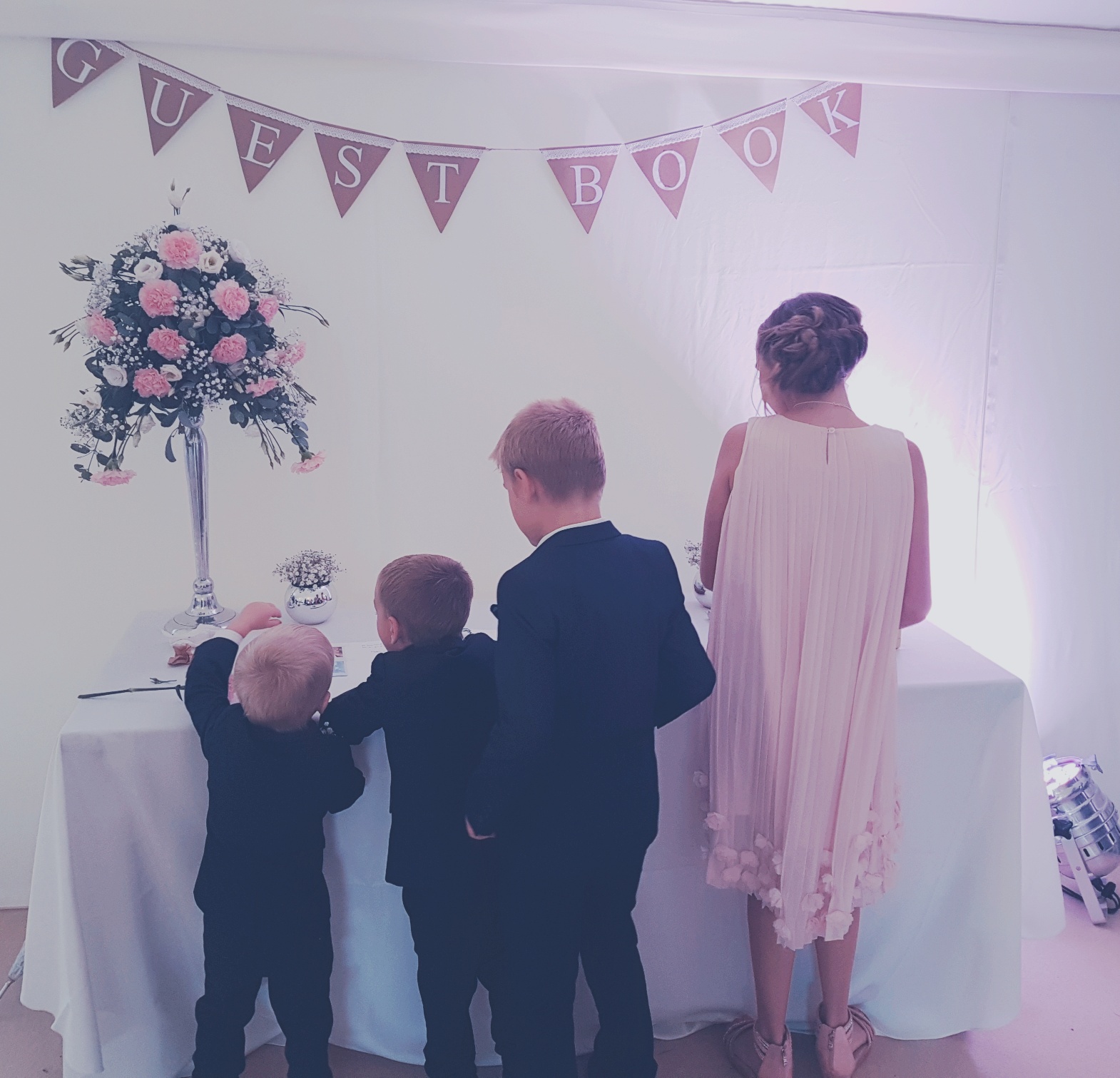 Pre-children it was easy wasn’t it. You grabbed your coat, bag, keys and out the door you went. With children, leaving the house is a different ball game. You have to spend a whole hour before you intend to leave the house preparing to leave the house. You have piles of ‘stuff’ you need to take with you by the front door. You locate shoes, coats etc, only to turn around and realise your pile has now vanished. Despite all the toys in the house, one of your children chooses to ‘play’ with the stuff you are collecting to take with you – including your keys, which you now can’t locate.

You think you are ready to go, and then realise one of them has stripped off completely because they now need a poo, and you can’t possibly poo without being totally naked for some reason.

This is the point you realise you only applied mascara to one eye and someone has left the tap on in the bathroom and you need to empty the towel cupboard to soak up the mess.

By the time you are ready to leave, you have no idea where you were going anyway and you are very late. 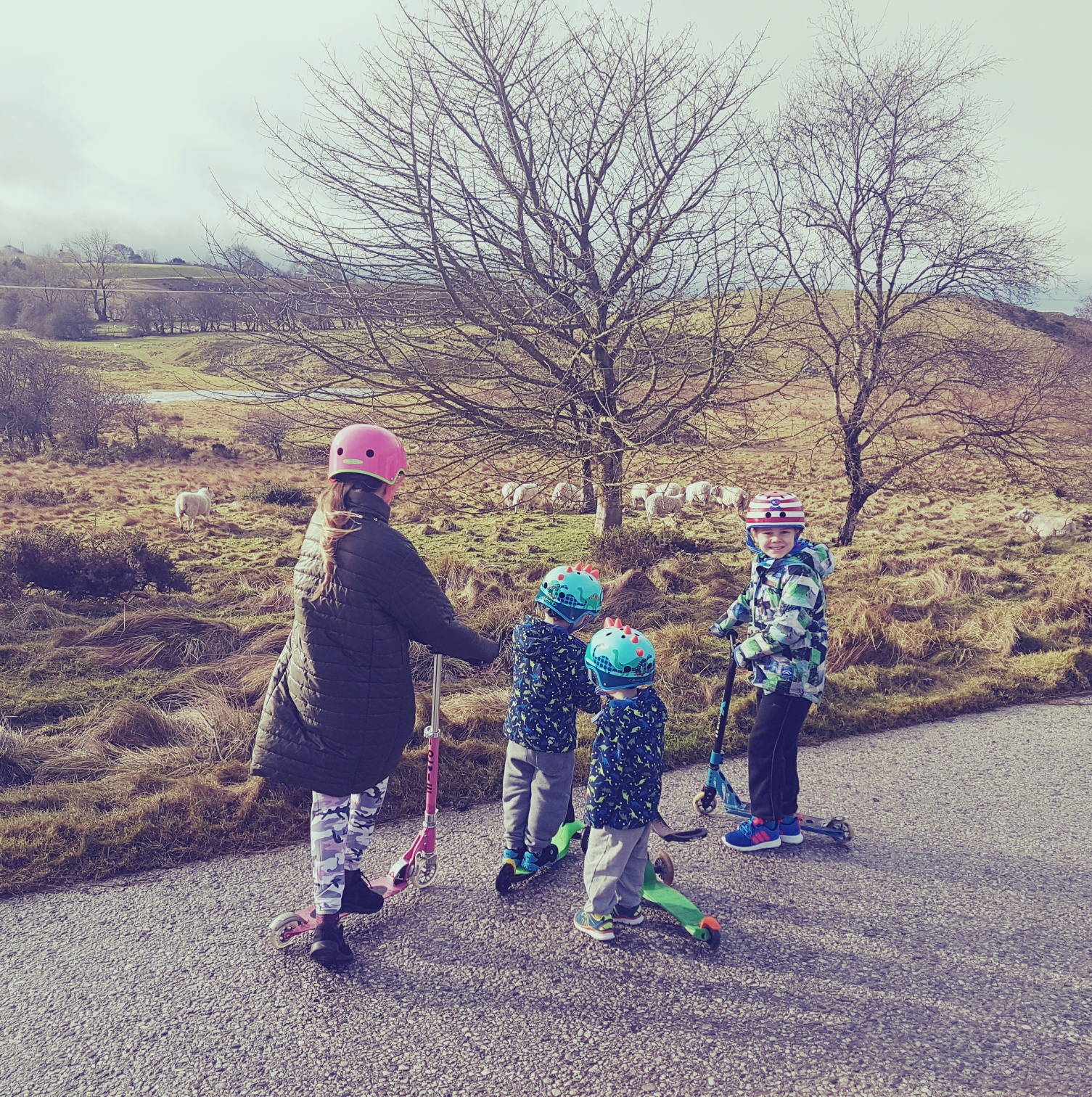 Putting on a coat and shoes

This is when it starts to grate a little. Time is ticking on. You’ve got to get going and no one is paying any attention.

So you move to phase two. Phase two involves trying to wrestle your children into their coats. You are of course greeted with resistance and cries of “I can do it myself” as you chunter to yourself “I’ve been asking you to do that for the last 25 minutes”.

Simple tasks should be SIMPLE shouldn’t they. These are the things we do everyday. The reality is, the simple things are often the things that are the most stressful once you have children. 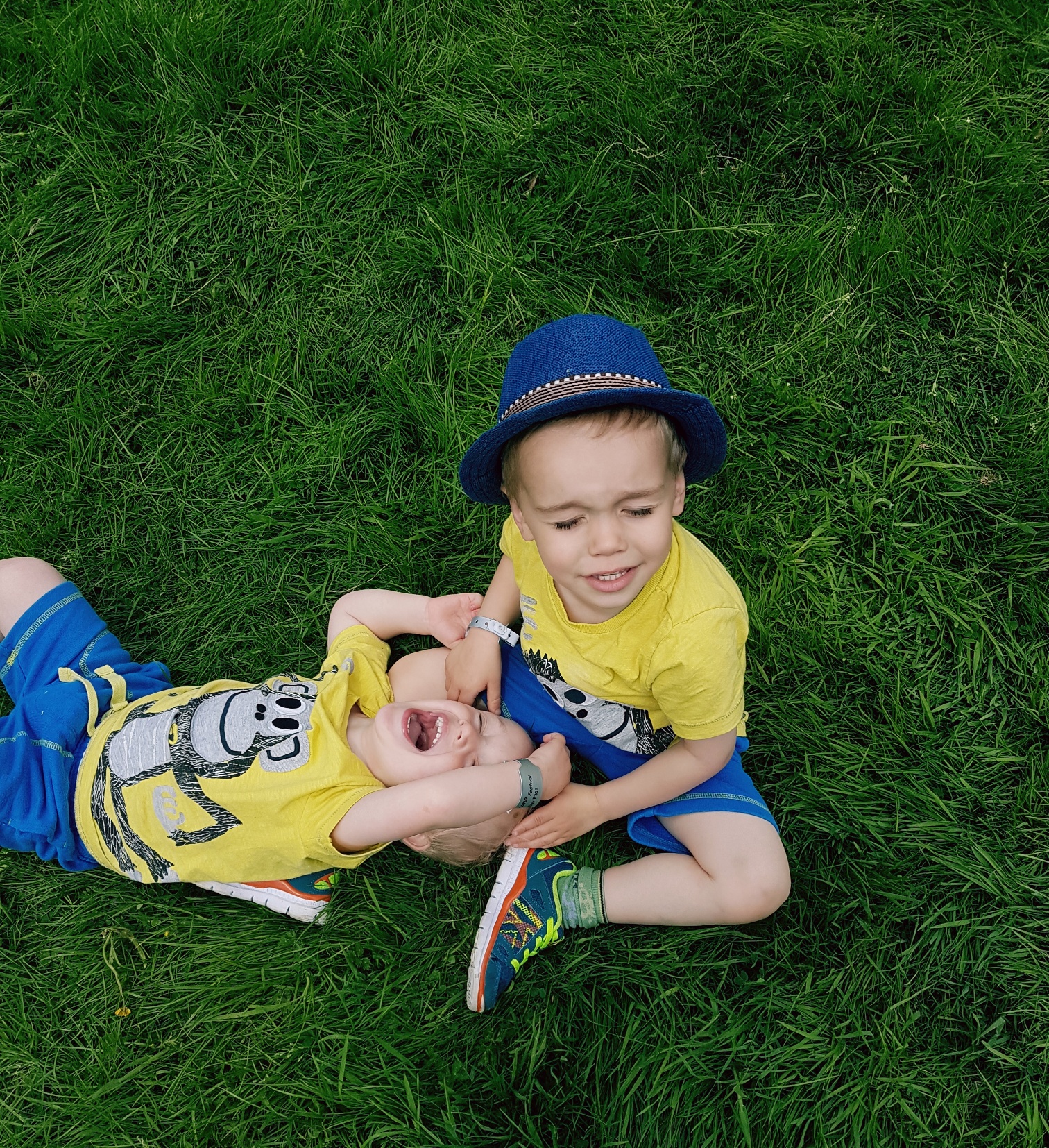 Eating. You pick something up off your plate, you put it into your mouth, you close your mouth and chew. Easy right? Getting children to sit nicely and eat three meals a day is, let’s say, a challenge.

You will find yourself on your hands and knees picking up food from the floor over and over again. It will feel like groundhog day, as you realise “oh yes, here I am back under the table AGAIN”. Sweep it, mop it, hoover it and repeat.

You will debate the colour of a plate or cup with your child multiple times. How dare you give them an orange plate when you know blue is their favourite colour. Next week of course, the blue plate will be wrong as green will be their favourite colour – you are supposed to absorb this information by osmosis.

You will cook the wrong food in the wrong way multiple times over the early years. You have to just roll with it. As meal time approaches, pull up those big girl pants and prepare for battle.

Whatever you do, DO NOT give the wrong straw to the wrong child or let different foods touch each other on the plate. You might not come back from that.

“Just three more mouthfuls” you say and then you can have some ice cream. Three more mouthfuls of food can sound like torture to a small child. “I can’t do three, that’s too many, and it will take too long”. They will protest for at least ten times longer than it would have taken them to eat the three measly mouthfuls.

Three becomes two and two becomes one and then when they finally agree to one last mouthful, they take the smallest amount onto their fork, chew it around and then complain it’s too chewy or too disgusting or too much and it gets dramatically spat out into a tissue.

“Now can I have ice cream?”

One thing I learnt very early on into my parenting journey was that children are STARVING after school. I mean like eat their own elbow type of starving! Heading off for the school run in the afternoon I have to make sure I have supplies to fuel a small army.

It’s the first question I’m asked when I greet them from school. “Do you have any snacks?” The day you forget, well let’s just say poking yourself in the eye with a sharp stick would be less painful. 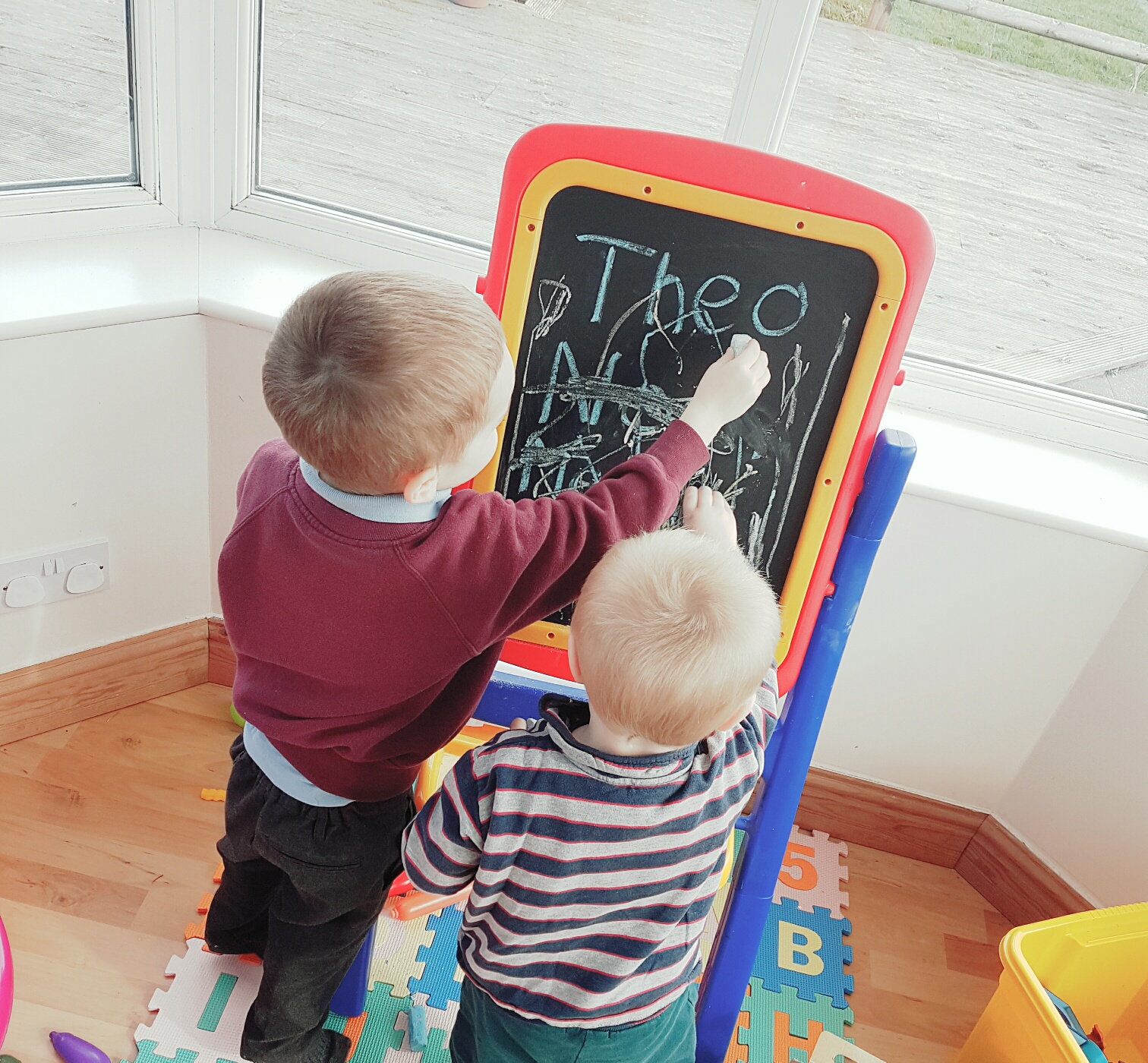 At playgroup when it’s tidy up time they bang a drum. At school they ring a bell. These things trigger the child robots to dutifully respond and tidy quickly and effectively.

At home you can bang a drum, ring a bell and trigger the smoke alarm and nobody even moves. It’s a conspiracy and the sooner you get used to it the better. Don’t even try and bribe them because they’d give up a week of almost anything to avoid tidying up.

I say “come on let’s do some tidy play” – “it’s not playing if you are tidying up Mummy” they reply!

My three year old is the only member of the house that can lift the lid of the dirty washing basket and actually put his things in it.

Bathtime is generally messy with children. Forget your long hot showers to yourself, no doubt you’ll be joined by a visitor or three these days. Forget your long baths on your own, there is just no point. Someone will URGENTLY need you each time you sit down. 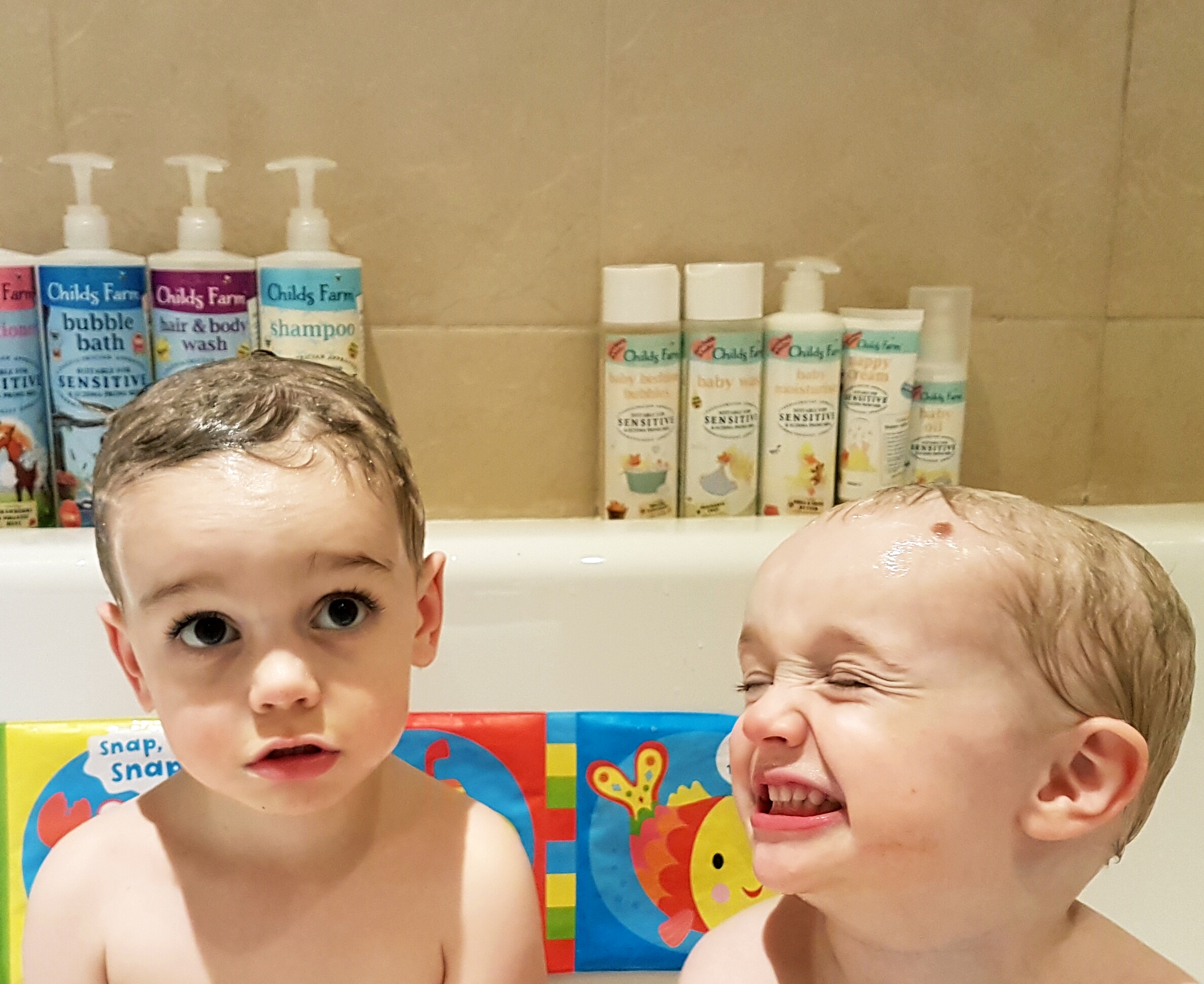 Soap in the eyes, or even just plain water in the eyes for that matter can sound like you are torturing them. The screams and screeches WILL be heard by your neighbours. The cries of “he’s taking all my water/space/bubbles/air” will pierce your eardrums as siblings argue over everything and nothing at all.

Then comes the teeth brushing. You might find a strategy that works for a bit but don’t be fooled into thinking these things work forever. You need new strategies all the time. If getting their teeth clean means you doing a silly dance – do the damn dance. Suck it up, it’s the quickest way to get to the end of the process.

My dad used to tell me when I growing up that I was a nightmare baby/toddler and that I didn’t sleep through the night until I was three years old. I used to snigger, like a full on snigger each time he told the story. I had no idea!

Now, as a mum of four children who think sleep is for the weak, I understand. I get it, like full on smack in the face get it.

There will be parents who tell you their children sleep 12 hours. They bath them, they read a story they kiss them good night, tuck them in and a blissful 12 hours later they awake from their slumber bright and rested and ready for the new day. Those parents WILL NOT be your friends.

I have done the bath, story, bed routine for 11 years now every night. They are all tucked into bed and snuggled down and then the second I walk out of the door it starts.

“I need a wee”; “I’ve done a poo, can you wipe my bottom”; “I need waaaaater” (they make themselves sound like they’ve just crossed the desert when they screech this); “can we have another story”; “you didn’t kiss me as many times as you kissed ****”; “I’m not even tired anyway”.

You can make them the cosiest beds with all their favourite things inside and when they EVENTUALLY fall asleep it’s on the landing with no pillow and no covers!

No one tells you this stuff! 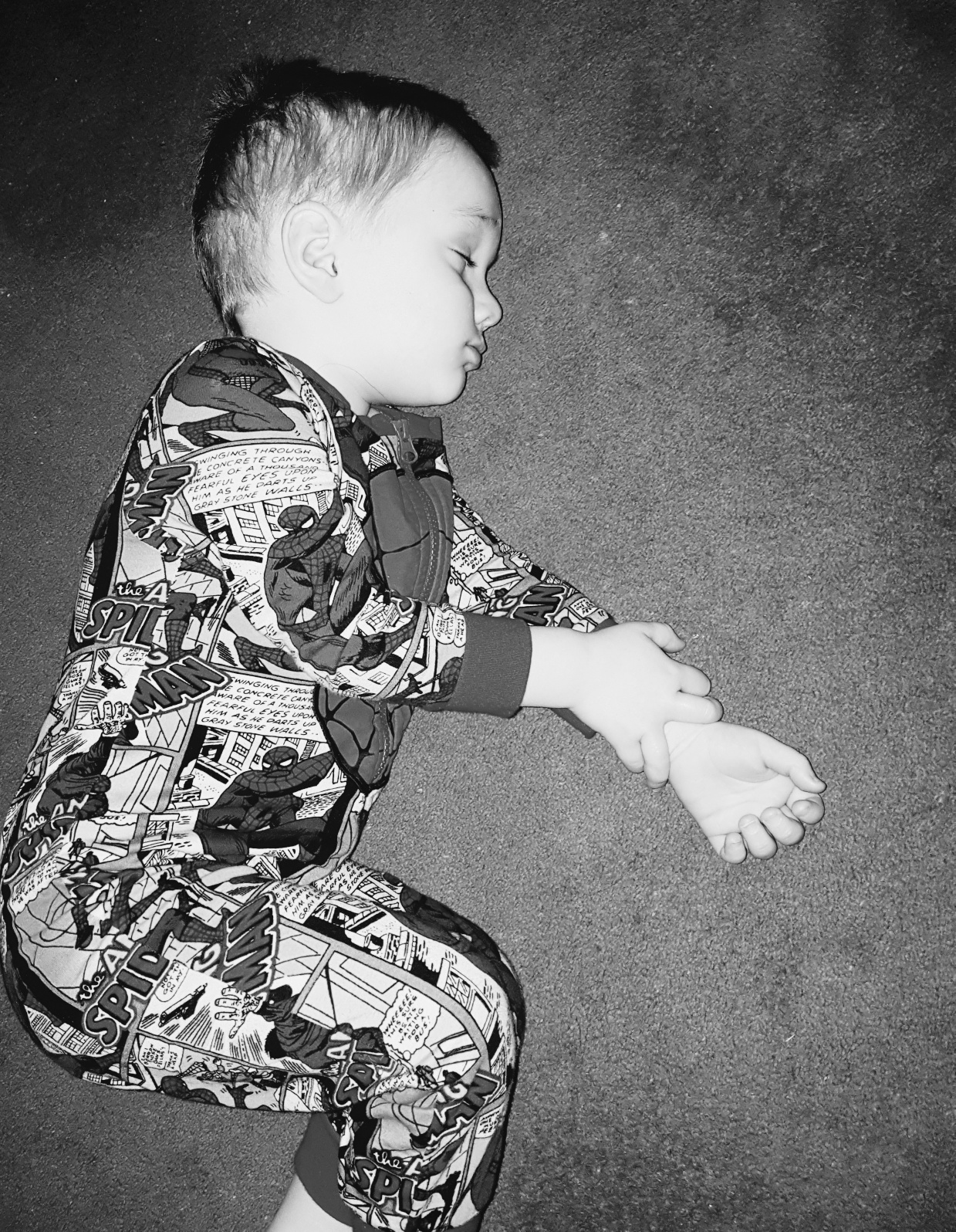 It should be straightforward, you lift your child into their car seat, or they climb in themselves if they are that age, you strap them in and away you go. Except it’s not that easy is it?

You have to karate chop them in half to break that rigid body stunt they pull each time, then you have to pin them down with a knee or elbow whilst you try and wiggle their arms through the straps. Then you have to try and fasten the five-point harness with one hand whilst you hold them down with the other – not easy because fastening one of these requires two hands unless you are the BFG. Then when they are in you give a tug on the strap to pull it tight, take a breath and jump into your seat.

They wait for your belt to click and then as you are about to pull away you realise they have pulled a Houdini move and they are out of their straps, possibly completely out of their seat.

So you get out and you start again.

No one tells you this stuff!

The struggle is real people. Not looking so smug now are you?

It’s a good job they are cute!