Have your children seen Kazoops before?

Monty Kazoops, the little boy with a vivid imagination and a loyal pet pig, is back with brand new animated adventures in Kazoops, transmitting daily on CBeebies from Monday 17th April. 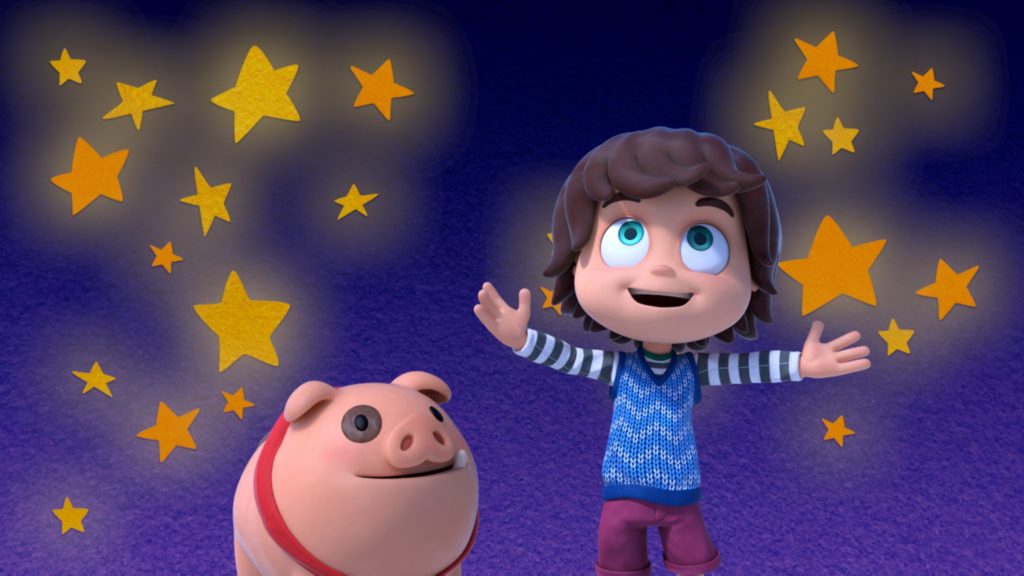 Monty Kazoop is a spirited boy of six, whose best friend is a pig called Jimmy Jones. In each episode Monty confronts a preconception about the grown-up world and sets out to challenge it, embarking on a wild imaginary adventure with Jimmy that offers them a fresh perspective.

In each episode Monty and Jimmy use their imaginations to find ways to look differently at the world around them.  For after all, who says the world works the way grown ups think it should? Things can always be different if you just imagine. 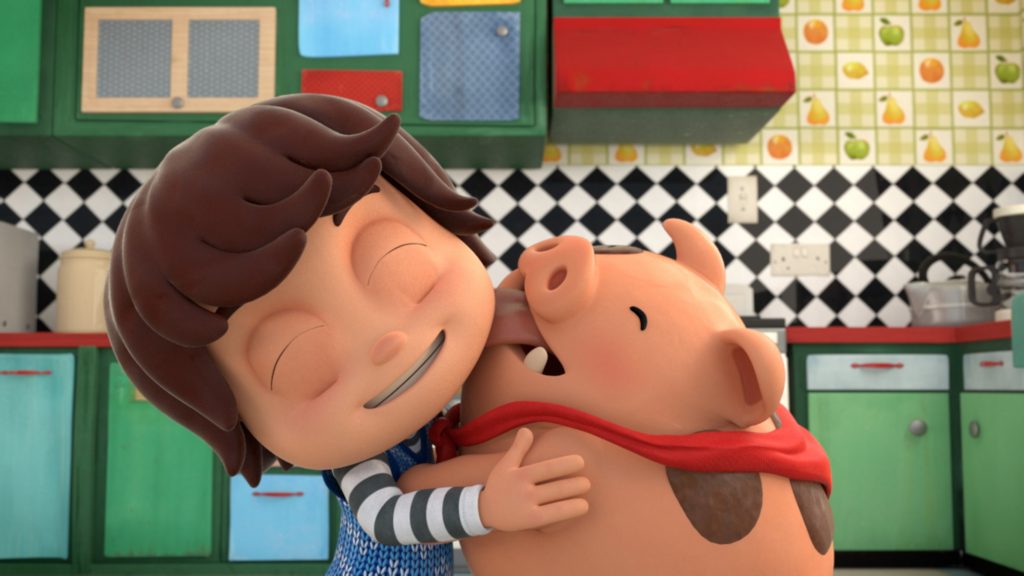 In the episode today Monty is dreaming up fantastical ways to get a new piano upstairs, but when his family tell him that his ideas are fun but not actually useful, Monty wonders if daydreaming can help solve problems.

This is a fun show that engages little ones and gets them thinking and asking questions. The animation is super cute and the characters are endearing. 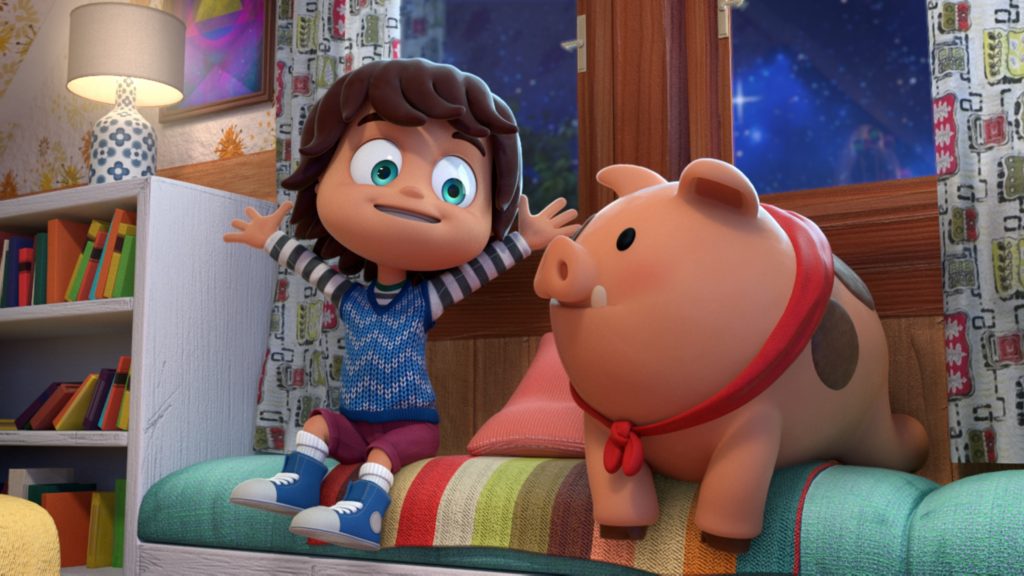 In Wednesday’s episode Gran wants Monty and Jimmy Jones to win a painting competition, even if it means Monty not painting what he really wants to, leaving Monty wondering if it really is important to always be the winner.

On Thursday the Kazoops take a vote on which ice-cream flavour to get from the market and Monty doesn’t want the same flavour as Gran. He begins to wonder if you can still be friends with people if you like different things, and in the last episode of the week Monty is surprised when Stan is too scared to go under the house to fetch a toy for him. He begins to wonder if adults get scared sometimes too. This leads him to travel to an imaginary medieval realm where he meets a Knight who’s scared of heights.