I absolutely love Christmas and it’s such a special time of year when you have children. I love the build up, the excitement and all the little traditions we have developed as a family.

We love Christmas shows, Christmas movies, Elf on the Shelf, the Christmas Eve box and our special wooden draw advent calendar, amongst other things.

I asked a group of parents about their own family traditions at Christmas and here are some of the things they said. 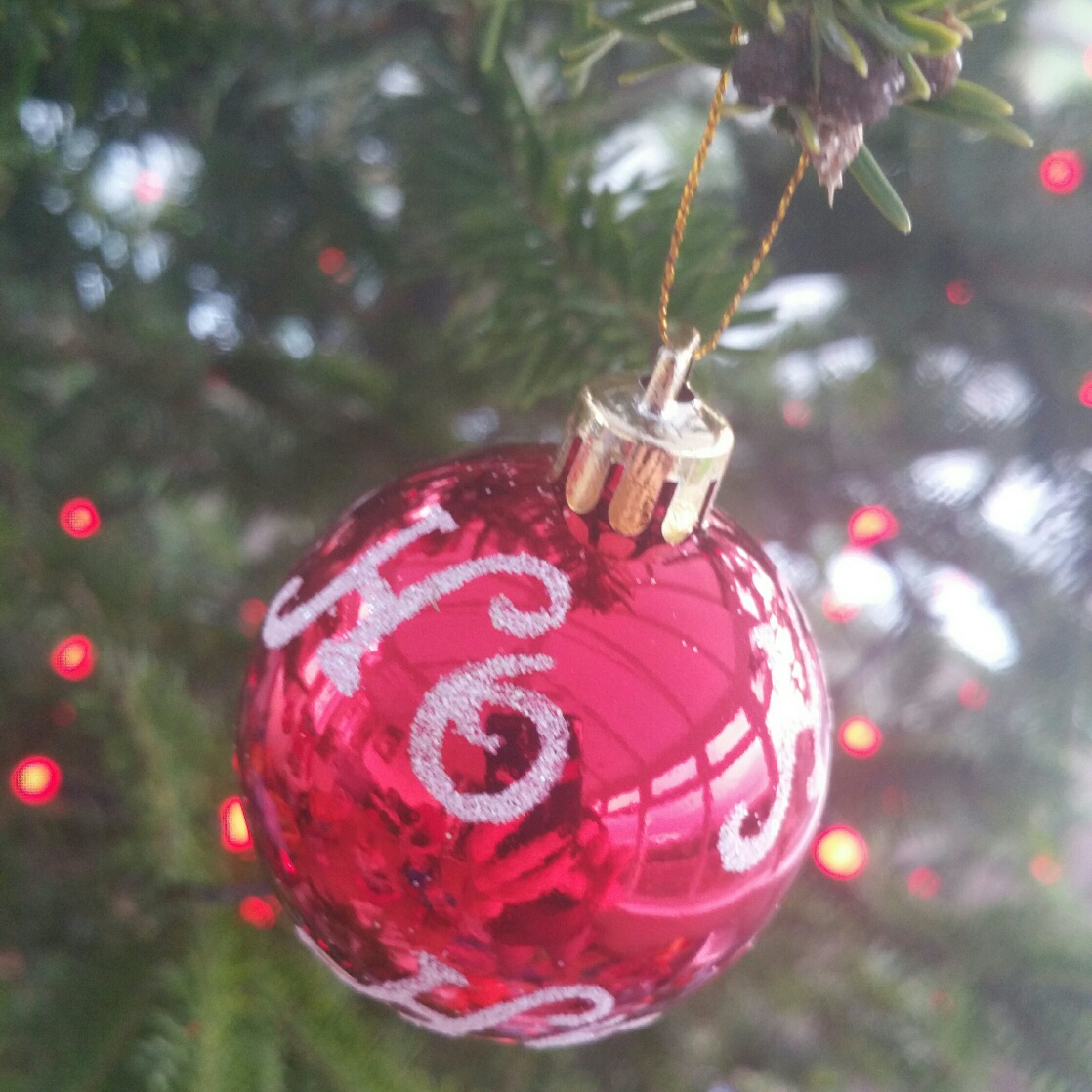 Natasha from Mummy and Moose told me that when her and her siblings were kids, their parents took them to see a house on Christmas Eve which was decorated with thousands of Christmas lights. Now they are adults her and her four siblings get together every year to take their 14 children. She feels it’s a great way to get in the Christmas spirit and it doesn’t cost a thing.

Siobhan from Pass the Wine Please said that the whole family meet at her mum’s for a big Irish cooked breakfast on Christmas morning. She said it’s a great way to start the day and they all enjoy a glass (or two) of bucks fizz.

Donna from Bobsy’s Mum has an interesting tradition. On the first Saturday in December, her son writes his Christmas list, and she leaves it out, with a note, some wine, a mince pie and a big wooden key, for their elf, Philip, to collect. “All families have an elf correspondent with the north pole you see”, and their’s is Philip. Her son then believes that Philip and Donna remain in contact to assess his behaviour. She doesn’t recall how this all came about but she is already being asked if she’s emailed Phillip yet! I love it! 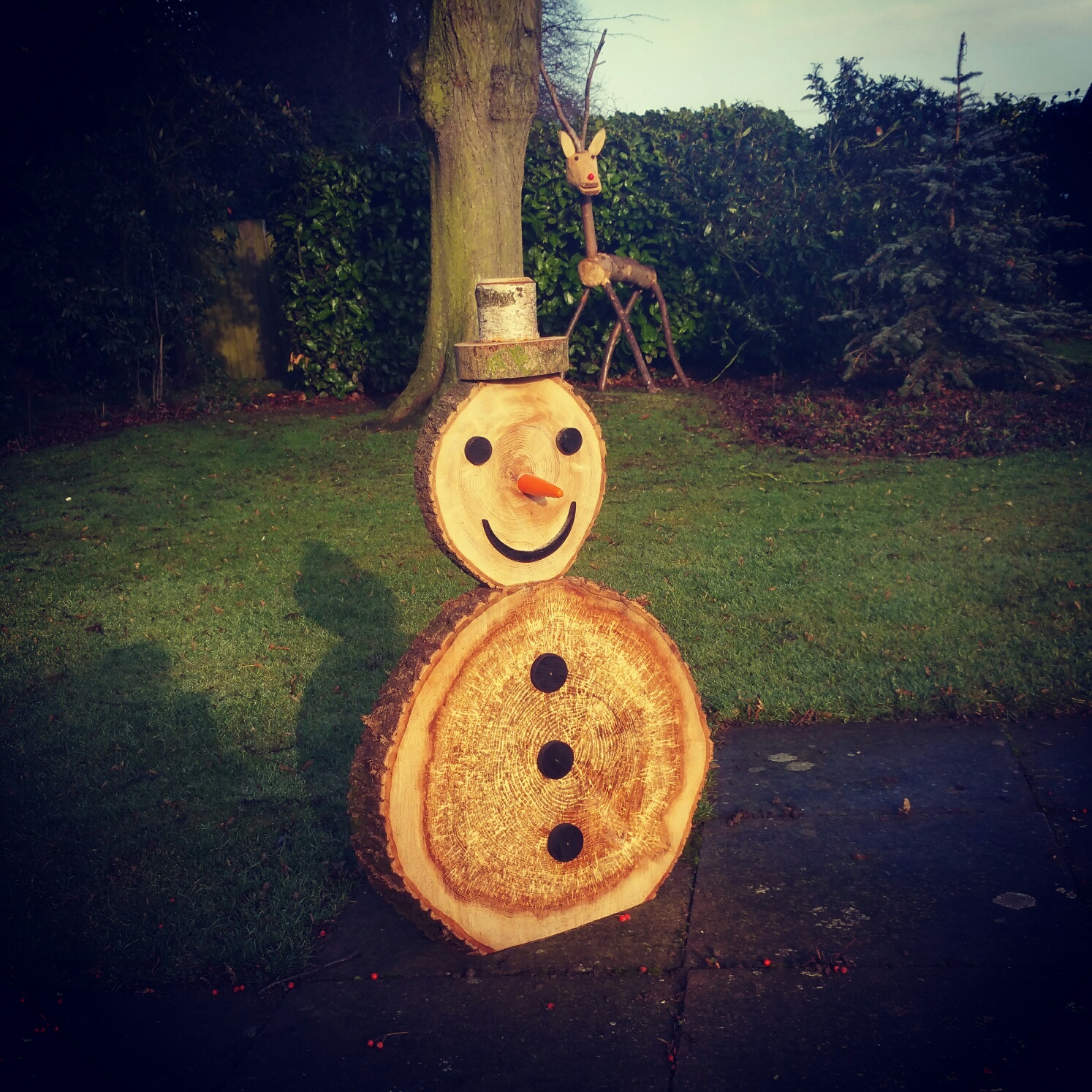 Julz at The Red Head Diaries has a lovely tradition – new pyjamas and bedding on Christmas Eve, they’ve done this since her daughter was born 13 years ago. Her theory, which I adore…they all have to look smart when the big man arrives with their presents. They also put together a hamper for the children on Christmas Eve.

Kim from Raising a Ragamuffin has a lovely tradition of watching The Polar Express (I love that film) during Christmas Eve afternoon and then later that evening they open a Christmas Eve box which has new PJ’s for everyone, special hot chocolate and a new Christmas themed book to read before bed.

Cassie, over at Gorgeous George’s Mama, said that when she was little they were allowed to open one small gift on Christmas Eve. They have now carried this tradition on as a couple, and now with their son.

Debbie, who writes over at My Chaotically Eclectic Life, said that her family have tons of Christmas traditions. “We have two elves that visit throughout December and leave notes, cause mischief and monitor behaviour; we do advent books – one book a day until Christmas Eve; we have Christmas Eve boxes; Christmas stockings and last year we saw our first panto, which will probably become another tradition. Oh and we have to watch Elf!!” – doesn’t everyone have to watch Elf! It’s another one of our favourites actually! 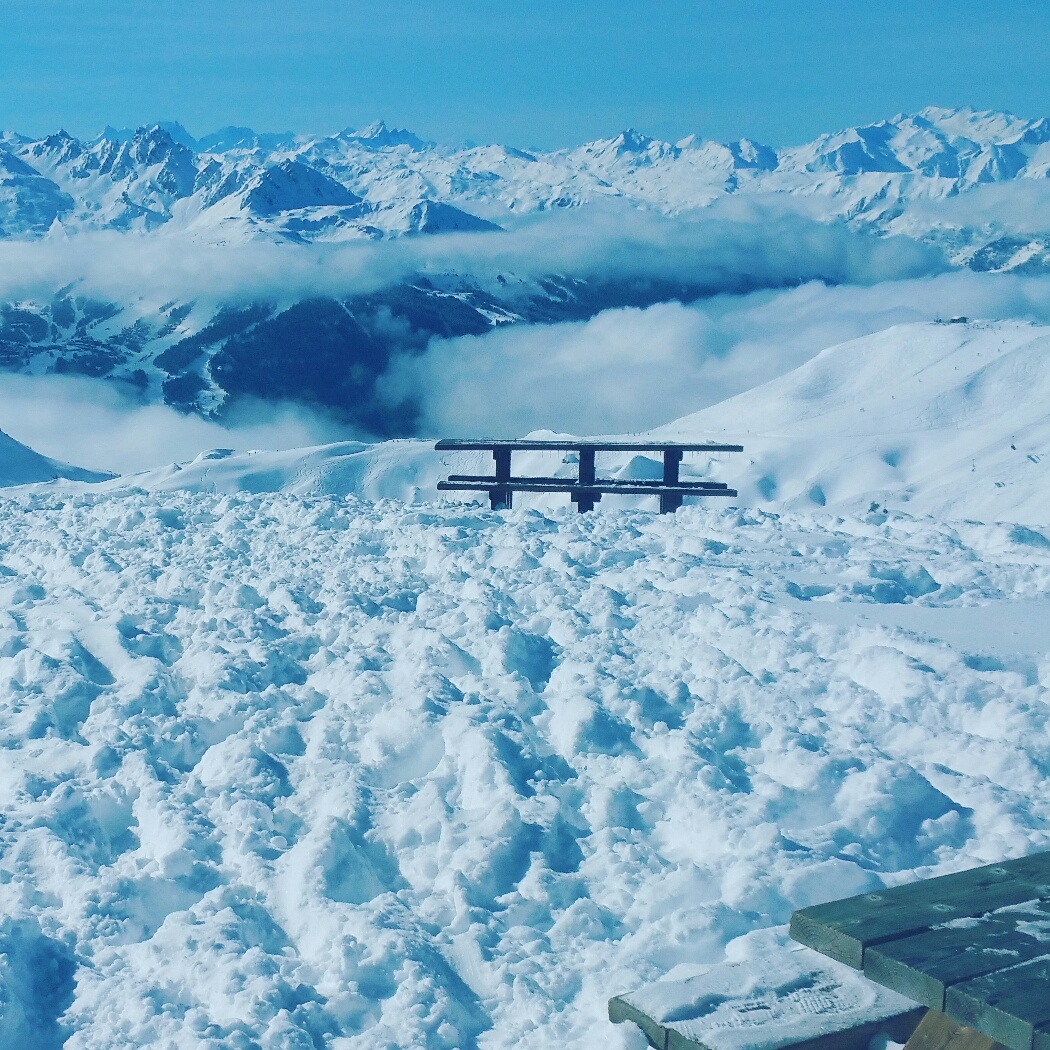 Angela from The Life of Spicers, feels her Christmas Day with her family is very traditional. They open stockings in the morning and then the present from Santa and the rest of the gifts wait until after lunch when they go to her mum’s house and the whole family are together. They give out one present at a time, so present-giving takes hours, but they have a screen-free day of “family togetherness”.

Emma over at Wanderlust and Wet Wipes says she tries to have a few traditions as Christmas is quite different for them each year. They have new tree decorations and new PJ’s that are matching. Like Cassie, as a child she used to open one gift on Christmas Eve.

Suzie, who writes over at Cinnamon Sunrise said that as a child a Christmas tradition always included “having a proper breakfast” and now that she is a grown-up she keeps this going. She always has a bagel with cream cheese and smoked salmon for breakfast on Christmas morning – Suzie, that sounds yummy, we always eat smoked salmon as well.

Kassie from Smile 4 Mama has a lovely tradition. She said “every year my family would go ornament shopping. We’d pick one each that represents what we hope/wished for. Example – one year my son found a luggage bag and he said his hope was that family far away could join us for Christmas. Then we’d mark them with the year and our names.” 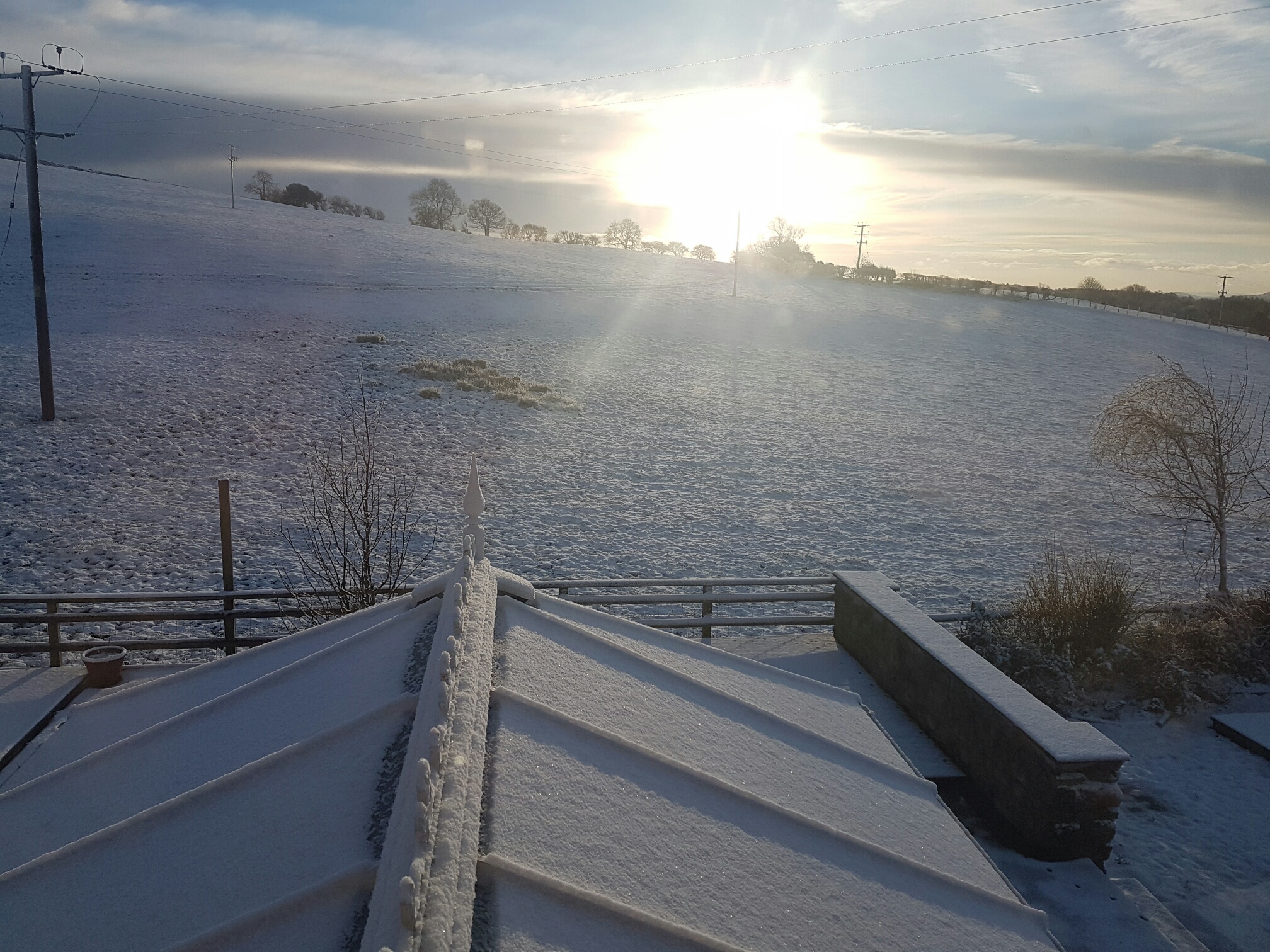 Alana over at Burnished Chaos, said that their main tradition, aside from leaving a mince pie and a carrot out, is that the children bring their stockings into their parents’ room on Christmas morning and they all sit on the bed while they open them. She also said “then we head downstairs for the main event and see what has been left under the tree. We also use some of the discarded paper to wrap up some dog treats and the dogs sit patiently waiting for their turn”.

Cherry from The Newby Tribe also has a Christmas Eve Box, new PJ’s and hot chocolate. They always read ‘The Night Before Christmas’ and they watch The Muppets Christmas Carol.

Claire, who writes at The Ladybird’s Adventures has started a tradition of a “December Box”, as well as a book advent calendar, which I think sounds like a lovely idea. She said “on the first December the kids get a box with Christmas PJ’s and all our Christmas toys (Happyland Christmas set, Santa teddy etc)”.

I always find the Christmas traditions of other countries and cultures fascinating, so it was great to hear from Kristie, an English mama of two, who is married to an Italian man. She told me,”if we’re in Italy on Christmas Eve we eat something light like fish for dinner. Then there’s a midnight mass followed by a bonfire night in a neighbouring village. There are lots of stalls giving out tea with honey and big chunks of Panettone.

Stockings aren’t used in Italy on Christmas Day though we still do them! They are saved for La Befana (Epiphany Eve) 5th January. The tradition is that ‘La Befana’ an old lady or Christmas Witch visits all children to fill their stockings with sweet or presents if they are good, or a lump of coal if they are bad.

If we’re in Italy for Christmas I always find the food delicious but bizarre. There is no one main dish that signifies Christmas. Often you will have a Lasagne as one of the courses, there will be a meat course (one year I was asked to cook goat!). There is always Panettone and the lesser well known but far superior (in my opinion) Pandoro. In the evening everyone has a dish called ‘Ravioli in brodo’. It’s very small ravioli in chicken stock usually with grated parmesan on top. It sounds awful and at first I thought it was such an underwhelming dish but actually it’s given to aid digestion after an entire day eating!”

It all sounds fascinating – if you want to know more about Kristie and her family, she writes over at Mammaprada.

What are your Christmas traditions? Anything like any of these, or something entirely different? We’d love to know!