These were once the wise words from Bob the Builder in his project renovate song.

How effective are you at these three things?

I love having a good clearout and find the process quite therapeutic. The children like to re-discover things that were put away, we try to recycle as much as possible and donate unwanted things.

6.4 million UK families are wasting up to £75 billion in valuable property space storing old and discarded household items, according to new research from Clearabee, the on-demand rubbish removal company.

Clearabee’s survey, which was conducted by research consultancy Populus, revealed that eight out of ten families hang on to items they consider junk. Households with children store enough junk to cover 4.9m2 of floor space on average. This represents six per cent of the floor space in a modern three bedroom house and is equivalent to the footprint of a king sized bed per household.

I find this quite astounding but then also I can see how this can easily happen. There are plenty of things I look at and think that I don’t think we need but we should probably keep for now and then they never get used. 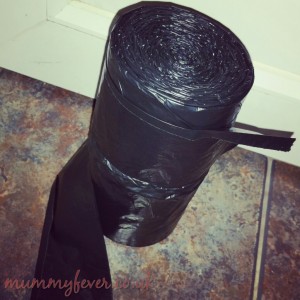 More than one in three UK families (37 per cent), totalling some 2.9 million households, admitted to hoarding enough junk to fill an area of 8m2 – the size of a small bedroom – or greater, while almost a fifth (18 per cent) had enough junk to fill a single garage. With house prices currently at £2,054 a square metre, the value of space wasted storing junk in the average UK family home is £9,465.

So what sort of junk are we talking about?

Old clothes, books and media and toys and games were the most frequently cited examples of junk stashed by families. More than half of families (56 per cent) hang on to old clothes, 54 per cent keep old books, video tapes and magazines, while 48 per cent hang on to old toys and games. Families struggling for space are less likely to hang on to larger items, with only a quarter admitting to retaining old furniture.

The survey revealed that families store discarded items in a range of nooks and crannies, with barely a place in the house where unwanted items were not stored. However, attics and lofts top the places families are most likely to put their junk with 45 per cent storing items here, followed by just under a third (32 per cent) who pop things out of sight in their wardrobes. One in three families admitted to filling their sheds, garages and under stair cupboards with junk, just over a quarter stash things they no longer need under their beds and nearly one in ten (9%) simply leave old items on the floor.

Our storage places tend to be the garage and attic because I can’t stand tripping over things and they are out of sight there most of the time.

Rob Linton, operations director at Clearabee, comments: “In a nation where space is at a premium, it is staggering that almost one in three families are storing enough useless junk to fill an entire room. The cost of it in terms of lost property space is not far off £10,000 per family.”

“The amount of junk we hoard tends to expand to fill the space we have at our disposal. While we’ve become very savvy at finding ways to store clutter around ourselves, most of us could get better at getting rid of it.

“One person’s junk is potentially another’s treasure, so it is always worth seeing whether charity shops, eBay or a freecycling service could find a new home for your unwanted stuff. Firms like Clearabee can help families get rid of their junk in a matter of hours and ensure it’s recycled and disposed of properly.”

Clearabee is the perfect alternative to skip hire and they are eco-friendly.

Where do you stand on this? How much of a hoarder are you and how do you get rid of unwanted items? 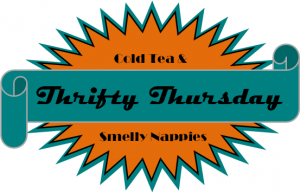